It has long been recognized that science fiction influences and inspires real science. Examples of sci-fi tech, notably sci-fi weapons and space travel, are evident in the NASA programs, military advances, and Elon Musk’s Space X. But what about the innovations that literally affect our everyday lives. I am talking about sci-fi cameras—the inspiration for cameras of future past.

For example, when the classic science fiction novel Battlefield Earth was released, photography was still a very tactile, analogue, and hands-on practice.  (Note: this is a personal favorite and must-read sci-fi book, and you can download the first 13 chapters or listen to the first hour of the audiobook free.)

While being blackmailed by the sadistic aliens, Johnny ‘Goodboy’ Tyler is forced to wear a button camera—a sort of wearable, wireless CCTV (closed-circuit television). However, he further employs the button cameras to spy on the Psychlos (the alien invaders who turned Earth into a dystopian wasteland). These button cameras become an integral part of the story.

When L. Ron Hubbard wrote Battlefield Earth, this would have been impossible. While the first digital camera ever to be invented was put together from scrap parts in 1975, it would be almost twenty years before the consumer market saw a digital camera that didn’t require a trailer to carry it around.

At some point or another, you might have put your hands on a camera from the era.  It would likely have an interchangeable lens, there would have been some sort of film involved, buttons to push, exposures to work out, perhaps an external flash for when the subject was too dark, and if you didn’t really know what you were doing, then there was little chance your photograph would emerge from the darkroom.

And digital images like those made by the button camera with virtually unlimited recording time, wireless connectivity, and a camera that fits in the palm of your hand? Sound familiar?

These days more than 45% of the world’s population has a smartphone, which means that almost half of us have a tiny camera sitting in our pockets. 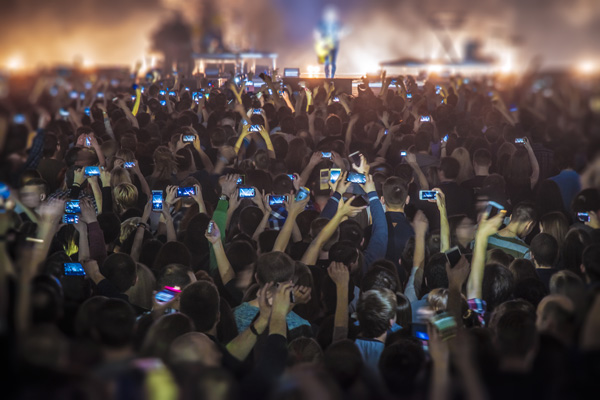 The Psychlo button camera is not all that dissimilar to modern-day car dash-cams and police body cameras if you think about it.

This is one of the many reasons why Battlefield Earth was before its time in camera technology. The story is hard sci-fi for the advanced alien technology, but it’s the adventure with characters you’ll learn to love and hate that make it a must-read book. You’ll feel the gambit of emotions as the last remaining humans struggle to take their planet back.

It often astonishes me to see how works of fiction predict the future. Science tends to ʻborrowʼ from its fictional counterpart (perhaps in the same way that Thomas Edison ʻborrowedʼ some of his most significant breakthroughs), which explains why the concepts in those older sci-fi works might seem entirely plausible today. Maybe our imaginations are so ignited by these works of fiction that we want to make them a reality?

Back in 1760, the French novelist Tiphaigne de la Roche wrote a work of early science fiction entitled Giphantie. In this, he describes something not dissimilar to the photography process to capture images. Although this work was entirely fiction, fast forward a few decades, and the first photographs were being taken using methods that differed slightly from his original theory.

Perhaps in 1760 the idea of an exact reproduction of a scene (that wasn’t painted or drawn) was wild and outlandish? But so too were computers that could fit in one’s pocket and space rockets.

There are, of course, admonitions in sci-fi fantasy too. From Mary Shelley’s Frankenstein, a cautionary tale of what might happen if scientists worked with no ethical or moral obligations, to George Orwell’s sobering and scarily familiar 1984, there are warnings as well as words of encouragement in these works.

They tell us to try new things, reach for the literal (or metaphorical) stars, and to push the boundaries of the universe. But they also advise us to proceed with caution. What if the aliens become desperate to contact us when they realize that Earth contains an element they want to mine? Or the Artificial Intelligence decides that to solve humanity’s problems, all humans should no longer exist? These are extreme examples, but if we’re going to take inspiration from sci-fi to make a better tomorrow, then surely we can accept the warnings too.

Photographic science is no different in this instance. When the photograph was invented some 200 years ago, it inspired writers and creators all over the world to bring imaging technology into their works. But once again, science fiction authors took over and pushed the boundaries of what was possible, forcing real-life science to slowly catch up.

We started with chemicals and glass plates, graduated to light-sensitive chemicals on strips of film (limited usually to 36 exposures in one go), and soon found ourselves with cameras and devices that can take hundreds of thousands of photos in one sitting. It is easy to see how these fun facts in history were inspired by the stories being written. 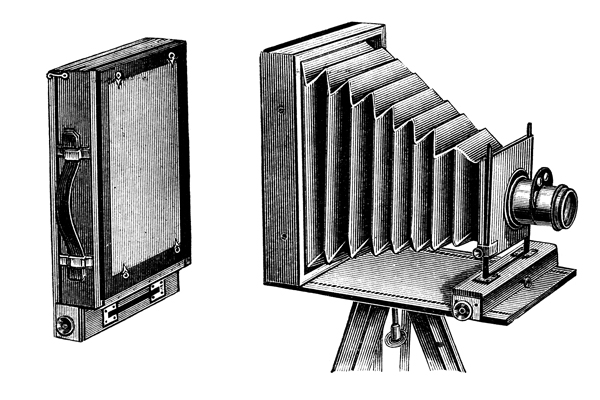 Other examples are the ‘spy cameras’ that push the technology forward through fiction. Although Ian Fleming’s James Bond only used a Leica M3 in the novels (one of the brand’s bestselling series of cameras to date), the movies took discreet photography to an entirely new level with their slim MINOX spy-cameras, as first seen in the 1969 adaptation of On Her Majesty’s Secret Service. 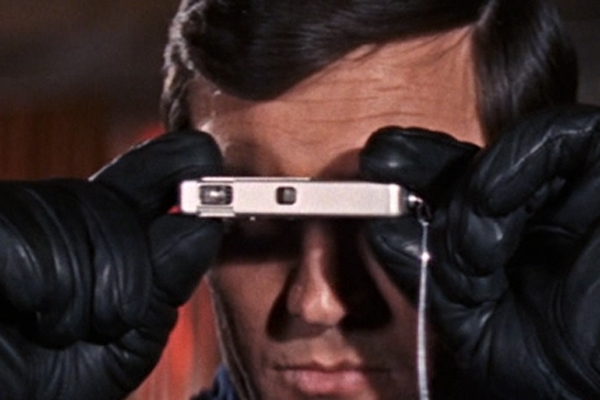 There is also an ever-growing genre of books dubbed ‘techno-thrillers,’ which combine science fiction with modern thriller to make what otherwise might have been quite a niche, geeky genre more accessible to the general public. Here are a few of the interesting stories that include cameras: Little Eyes by Samanta Schweblin, The Dying Game by Asa Avdic, and even The Hunger Games by Suzanna Collins. And then there’s the less far-fetched example of Andy Weir’s The Martian, where NASA gets to keep an eye on their boy Watney—a stranded astronaut on Mars.

Taking pictures of Earth from space? Being able to record what someone is doing from miles away? Having cameras small enough that they might fit in a piece of jewelry or could be carried around in your pocket? All of this and more was predicted in sci-fi books well ahead of their time and are now possible. In fact, these innovations are happening day in and day out.

Smartphones aside, real cameras and real photography still exist. Photography is one of those peculiar combinations of science and art, where the importance of having an ‘eye’ for the photograph is just as important (sometimes more so) as understanding your settings.

Unfortunately, spending a lot of money on a fancy camera won’t always do the work for you. If you are interested in the subject, you can pick up excellent cameras for not much money at all—and here we go back to the technology side of things.

Perhaps photography isn’t really your thing, or you like taking pictures but don’t know where to start.

A smartphone is a gateway to bigger and better things. Almost all modern digital cameras in this day and age will outperform your smartphone if you know how to use them.

Even ten years ago, professional cameras used by event, wedding, publicity, and red carpet photographers couldn’t do half of what even a basic entry-level camera can do today. Photographic technology has advanced so much that we’ve hit a whole new plateau of what a camera can do.

We have cameras and lenses that can photograph the Milky Way and the large crater on the moon (that even a beginner photographer can buy and use—no need to rent the Hubble Telescope for that). 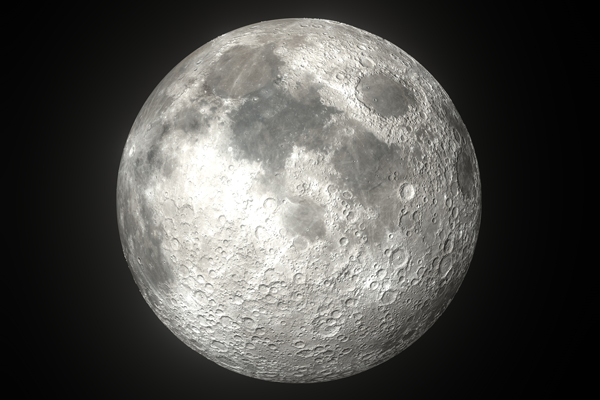 We have cameras that can take pictures in pitch-black and still record a usable image.

We even have cameras that can fit in the hand which will provide an image large enough to cover a football pitch.

And they can do all of this wirelessly, just like Terl’s button cameras in Battlefield Earth.

Admittedly, these cameras aren’t up to the science fiction technology of a button camera, but they are getting there.

Smartphone photography is almost its own culture, but if you want to take a step up from ‘phonography’ you don’t have to spend thousands to acquire a very decent camera and lens. Every camera manufacturer now has an entry-level model that would rival the costly professional bodies of ten years ago, and technology just keeps getting better.

Just in the last few weeks, a major camera manufacturer has developed a prototype image sensor so stacked with circuitry and data that it will be able to do the job of a much bigger camera in a tinier package. And Intsa 360 launched the GO2, a tiny action camera that certainly could have been inspired by Battlefield Earth.

Don’t forget to download the first 13 chapters or listen to the first hour for free. You will love Battlefield Earth because of the characters and the joy, anger, happiness, love, excitement, and ultimate triumph of this great work. 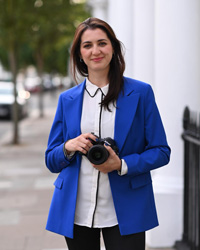 Rebecca Danese is a writer, photographer, and artist living and working in London.

She uses a selection of Nikon cameras and lenses and writes technical articles for the photographic industry. Having done commercial design work for some years, many of her photographs appear in promotional items for small businesses. In 2008, she began to turn her hand to more private work, including travel, street photography, and particularly macro (a lens for very close-up photography).

Writing since an early age, she has now published four of her own books: The Tree Children, a young readers novella, and Divided by Magic, a Young Adult romantic fantasy trilogy. They can be bought on Kindle and in paperback through Amazon. 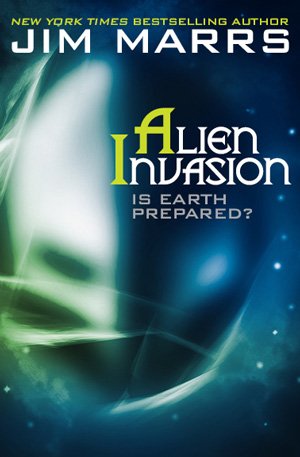