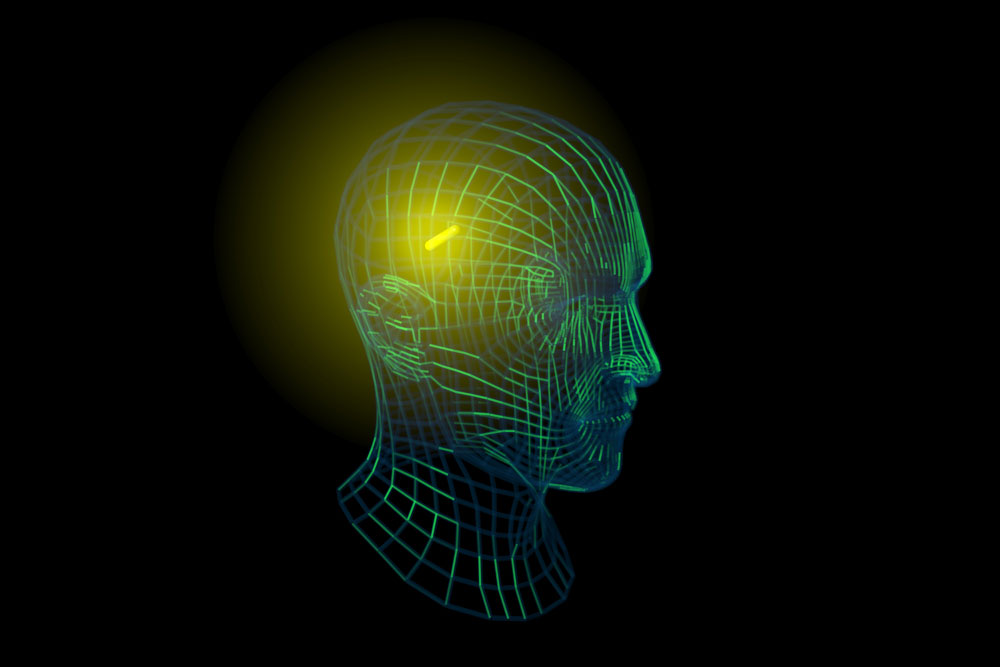 In Battlefield Earth, L. Ron Hubbard paints the picture of an entire species that has been molded through the use of brain implants, neurostimulators, to become the most ruthless race throughout all known galaxies, the Psychlos. Thanks to new technological advancements, we now have an insight into how this could have come about.

Back in the 1990s, new technology was evolving. A company called Cyberonics, out of Houston, TX had developed implanted nerve stimulators designed to stimulate the vagus nerve specifically for handling tough cases of epilepsy. They soon found that this implant had several potentialities of use: migraine headaches, asthma—and psychiatric ailments. In other words, this device could control emotions by stimulating the vagus nerve.  For those of you who don’t know, the vagus nerve is one of the cranial nerves that connect the brain to the body. 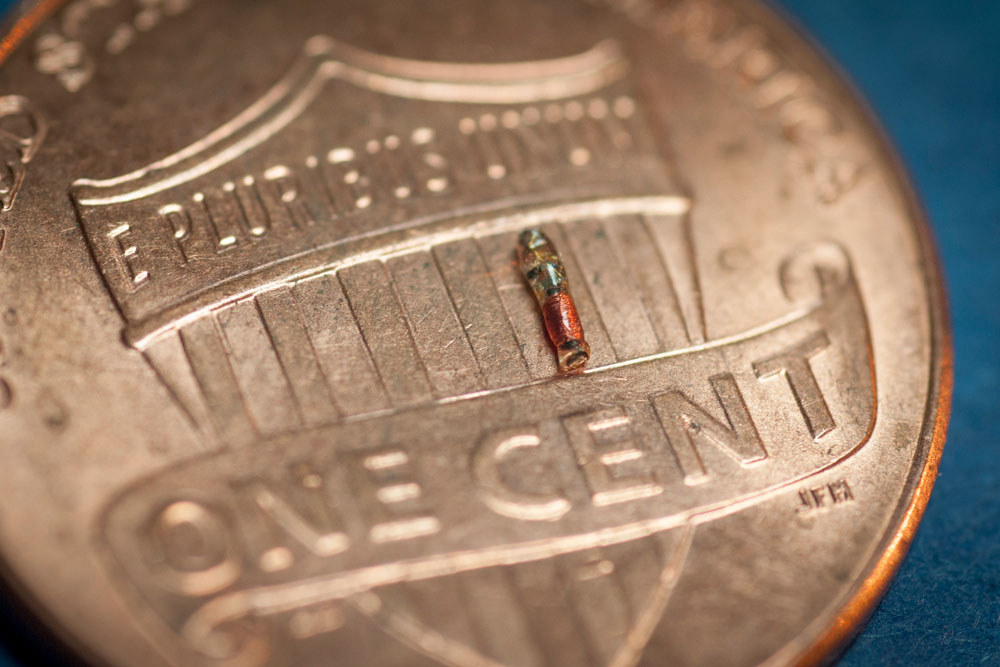 Neuromodulation is a recent development of a technology that acts directly upon nerves. It is the alteration—or modulation—of nerve activity by delivering electrical or pharmaceutical agents directly to a target area.

In a 17 July 2019 article in Inc.com, Elon Musk discusses his company, Neuralink, which is now capable of implanting a “brain-computer interface.” The article notes that the current design takes the form of a chip implanted behind the ear, connected to electrode threads about one quarter the width of a human hair, which are threaded into the brain, where they can stimulate the neurons or nerve cells. The company’s ambition is to design a chip capable of being implanted in the human brain that could receive and transmit signals to the organ.

In an interview published by NPR, the idea of altering moods through brain implants is discussed. Evolved from an already barbaric and clinically unproven technology of shock treatment (ECT—Electro Convulsive Therapy), deep brain therapy seeks to shock only specific parts of the brain through implants connected to wires going deep into the brain.

In Battlefield Earth, originally published in 1982, the protagonist Jonnie discovered the Psychlos having very small chips implanted in their brains as babies. “Look! You said the nerves this was fastened between were the primary impulse channels of their thought.”— Battlefield Earth, Part 23:6

Waging a War of PR

Needless to say, the concept of electronic implants and the future they herald has been met with considerable concern.

On one hand, countries like Germany and Sweden have implemented the use of chip implants under the skin to replace the need for key cards for the gym, office, and house as in the case of “I am Robot,” a company in Germany. In Sweden, thousands have had microchips inserted into their hands, where they can be used to share LinkedIn details, transferring data by touching another’s smartphone. Sweden’s largest train company now allows implanted chips instead of tickets.

On the flip side, the website Futurism has called it a “digital security nightmare” noting, “They could track where you are, how long you take for lunch every day, or how many times you went to the bathroom if the chip were scanned by a reader.” Futurism goes on to note that “opting out of this kind of data collection is a lot more convoluted when you’ve got a chip implanted in your bodily tissues.”

How the Psychlos Came to Be 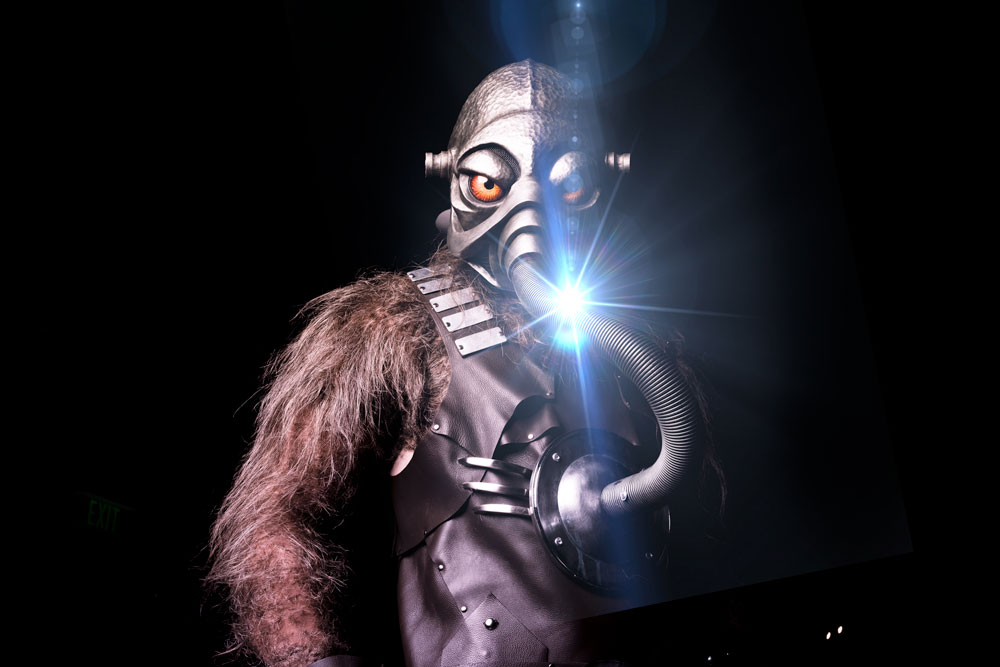 “Two hundred fifty thousand years ago, Psychlos were really a different people. The didn’t even have the name ‘Psychlo.’ I think sometime or other they must have gotten frightened of somebody invading them or something.

“As near as I could piece together, there was this group of carnival performers—you know, mountebanks, frauds. They were the original Psychlos. They used to hypnotize people on the stage and make them do funny things to get the audience to laugh at them. Just trash. Actually, just criminals.

“When this panic came on, they went to the emperor and told him something or other because the next thing anyone knew, they were in charge of the schools and medical centers. The race before that had been called after the current emperor according to books on other planets. Well, right at that time, they began to be called Psychlos. That was the name of these carnival performers.  So instead of being called after the ruler, the race was now called after the Psychlos. It means ‘brain,’ according to some old dictionaries. Another form of the word also means ‘property of.’ Everyone became the property of the Psychlos.

“Anyway, members of this mob of cutthroats began to call themselves ‘catrist.’ That means ‘mental doctor.’ So the people became ‘Psychlos’ or ‘brains’ and the ‘catrist’ or ‘mental doctor’ was the real, hidden government. They taught all the children. They inspected every citizen. They suppressed religion. They told people how to think.” — Battlefield Earth, Part 32:4

With psychiatric screening now standard procedure in public schools, psychotropic drugs now standard issue to all military personnel, the removal of religion from school and even the word “God” from the Pledge of Allegiance, and now the use of chips implanted in the brain with the ultimate goal of controlling not just body functions, but mental functions as well, I submit the above as a case study of how Psychlo came to be and how it could come to be again.

Learn more about the Catrists and the Psychlos, who they were and what they did, and decide for yourself. Read a section of Battlefield Earth. CLICK HERE

Or listen to a 20-minute sample of the award-winning unabridged and multicast audiobook. CLICK HERE