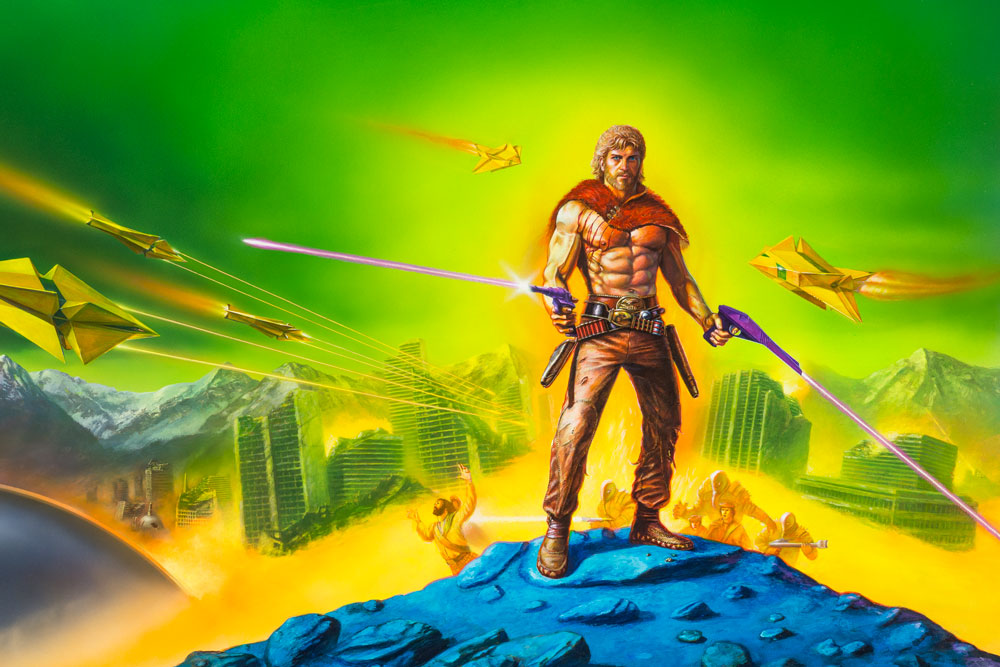 Military Science Fiction: Rayguns, Rocketships, and a Dash of Gold

I first started reading sci-fi in the late 1970s. Heinlein’s juveniles were followed by Del Rey, Asimov and others. I read backward through the genre, then forward again. It’s interesting to watch styles change.

The classic SF led to the New Wave, some of which was good, much instead being overly wordy attempts at being literary. And then there was the dystopian fad that seemed to go on and on. Earth was doooomed, by nukes, aliens, pollution, population, everything. Fascinating for a while, but then tedious. 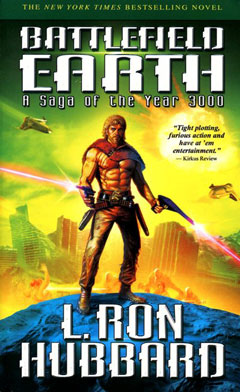 At this point (1984) I saw ads for a book that appealed to my younger self.

A buff figure blasting aliens with ray pistols. That’s what I got into sci-fi for, even when I was watching Star Trek, it was for the phasers. Certainly character matters, too, and we’ll come back to that.

The book, of course, was L. Ron Hubbard’s Battlefield Earth, which was military sci-fi during a time when that genre was languishing. A thousand years after an alien conquest, scattered humans cling to survival. That world is a post-apocalyptic wasteland, and one developed quickly for us to empathize with.

But Jonnie Goodboy Tyler wants more than just survival. So we get salvation and recovery from dystopia. Eventually.

What follows is a classic pulp good vs. bad romp, with bombs and ray guns, humans and aliens. But, while keeping up the adventure and adrenalin, it still manages to have character and plot. There’s a believable mechanism and reason for aliens to be looting our planet’s crust of metals—gold being the most sought after. The Psychlo invaders each have their own motivations and allegiances. The humans have theirs. Each group of humans has developed in logically different directions in a millennium in their own environments.

Ker, one of the Psychlos, is small, unregarded and treated with contempt. It’s not unreasonable for him to spend more time than he should with the human Jonnie. Cultures in Africa are entirely different from cultures in the Rocky Mountains of the former US. The Psychlo Terl is vicious and conniving but has a blind spot about humans.

Nor is it hard to believe such a society, full of ruse and political backstabbing, has weak points that can be exploited by an enemy placed within, to bring it crashing down.

But that climax only opens up the story for yet more intrigue. Once a power vacuum has been created, there are other races willing, in fact, rushing, to move in and take control. Earth isn’t even a pawn in the game, it’s a bug underfoot jumping to avoid being stepped on. This part of the book is satirical and snarky, revealing cultural stereotypes and subterfuge of its era, but that are still relevant today and possibly more so. The bankers, bureaucrats, and lawyers all want a piece of the leftover Psychlo assets, and to them, Earth is an asset, much like an apartment building might be in bankruptcy proceedings, with the tenants stuck in the middle. Only, instead of the risk of eviction, humanity faces the very real possibilities of slavery or genocide.

Near the end, we find there’s an ancient secret as to the Psychlos’ innate sadism, which was part of their strength, and eventually their biggest weakness. There’s a lesson in that, too.

Looking back, I’d have to say I don’t usually like that much political realism in my pulp adventure, but it’s there, and turns Battlefield Earth from a mere pulp bug hunt to political and military science fiction, with a streak of satirical parody to up the amusement amidst the grit.

It’s well worth reading for the characters, the plot, the satire, and the blasting lasers and massive explosions, making for some of the best military science fiction. It is, in fact, a return to the Golden Age, written after the genre of science fiction had time to define itself. 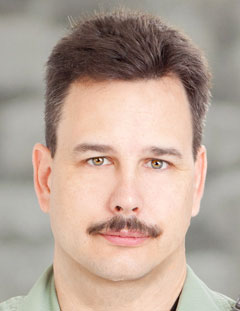 Michael Z. Williamson is variously an immigrant from the UK and Canada; a veteran of the US Army and US Air Force; a consultant on disaster preparedness and military matters to private clients, manufacturers, TV and movie productions and occasionally DoD elements; bladesmith; and an award-winning and multiple bestselling editor and author. His recent releases include Forged in Blood, book 8 in the Freehold Series, and Tide of Battle, available in bookstores worldwide, and online.

Sci-fi characters that lead by example

Read the first 13 chapters of Battlefield Earth for free