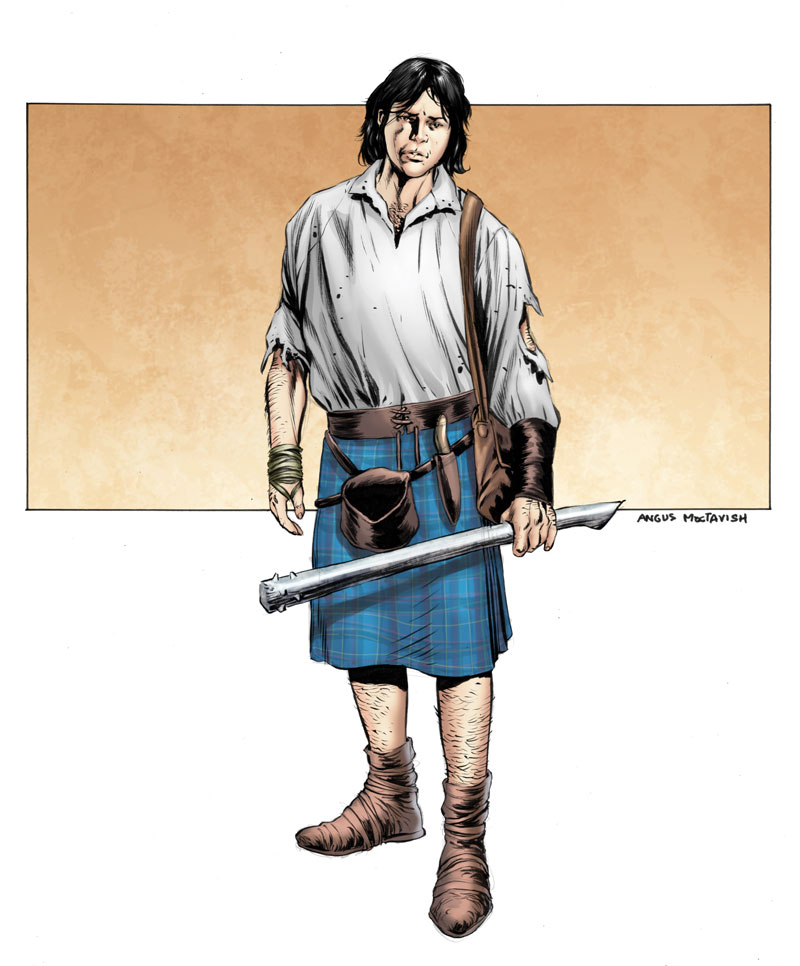 Angus is a black-haired youth and one of the Scots who initially go to America with Jonnie as part of the rebellion.

Angus is skilled in electronics and particularly adept in operating machinery. Pugnacious and an enthusiastic optimist, Angus figures out how to get ancient weapons and key machinery operational, a skill which will play a vital part in winning their undeclared war on the Psychlos.