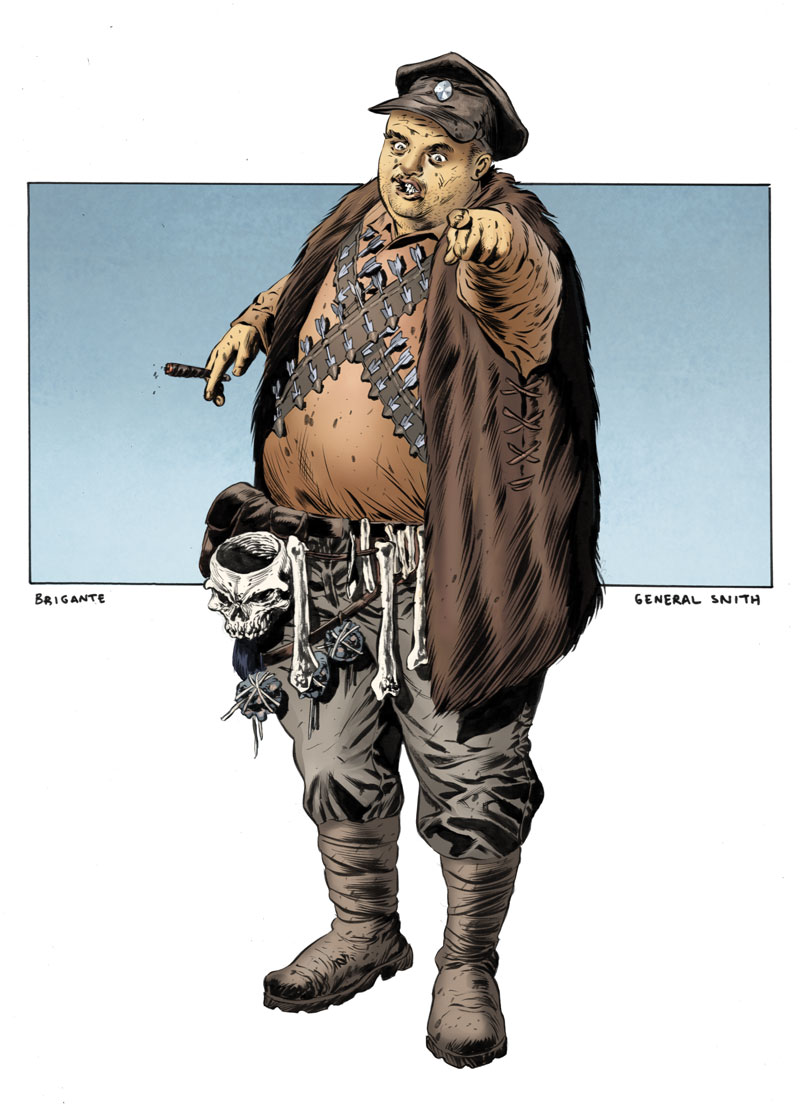 General Snith is the leader of the crude military group in Africa called the Brigantes.

He is overweight and his skin is a yellow tone, suspected to be malaria. The folds of his body make deep seams of dirt. He dons a funny leather-like cap with a peak in front with a diamond set in it.

Snith is merciless and cruel and his team of cannibalistic soldiers established a working relationship with the Psychlos delivering humans for torture in return for supplies.

Terl engineers the transport of the Brigantes to the compound in Denver. General Snith and his men are hired by Brown Limper Staffor to help capture and kill Jonnie Goodboy Tyler.