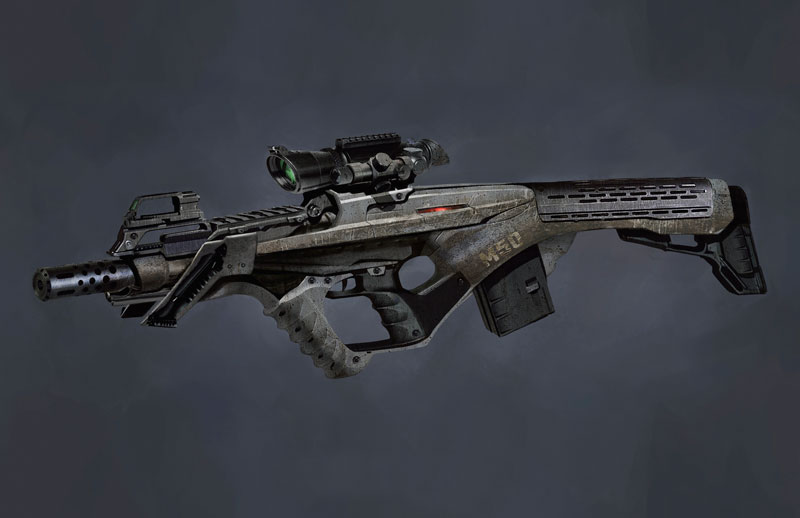 American made assault rifles found in the underground base by the Scots. The rifles were cleaned up for use by the rebellion.

“Mark 50 assault rifle!” said Angus. “The last thing they issued! I can clean these up so they purr!” (Part 10, Chapter 5 Battlefield Earth)

A hundred assault rifles and five hundred magazines had been cleaned to perfection. They fired without a stutter or dud.

No good against a tank or a thick, lead-glass compound dome, but those assault rifles would be deadly to individual Psychlos. With breathe-gas in their bloodstreams, they would literally explode! (Part 10, Chapter 5 Battlefield Earth)

Bash Our Way to Glory
Scroll to top