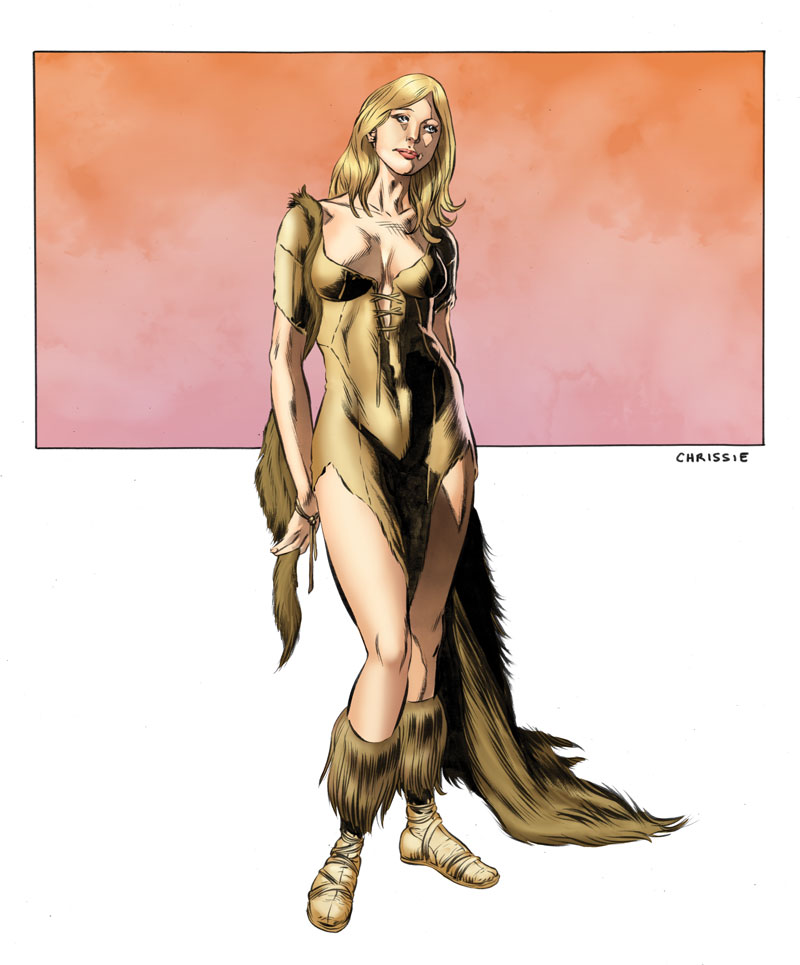 Chrissie is a very pretty eighteen-year-old girl with large black eyes in contrast to her corn-silk hair. She lives there along with her little sister, Pattie.

Chrissie loves Jonnie and his decision to leave their disease-ridden village in search of a better place to live crushes her. Much to Jonnie’s dismay, Chrissie threatens to go after him if he does not return in a year.

When almost a year later Jonnie’s horse Windsplitter returns home alone with a fresh scar on its back, Chrissie carries out her promise to go in search of Jonnie who she fears is injured or dead.

Chrissie and her younger sister, Pattie, set out on their quest for Jonnie—unaware of the trap Terl has set for them.