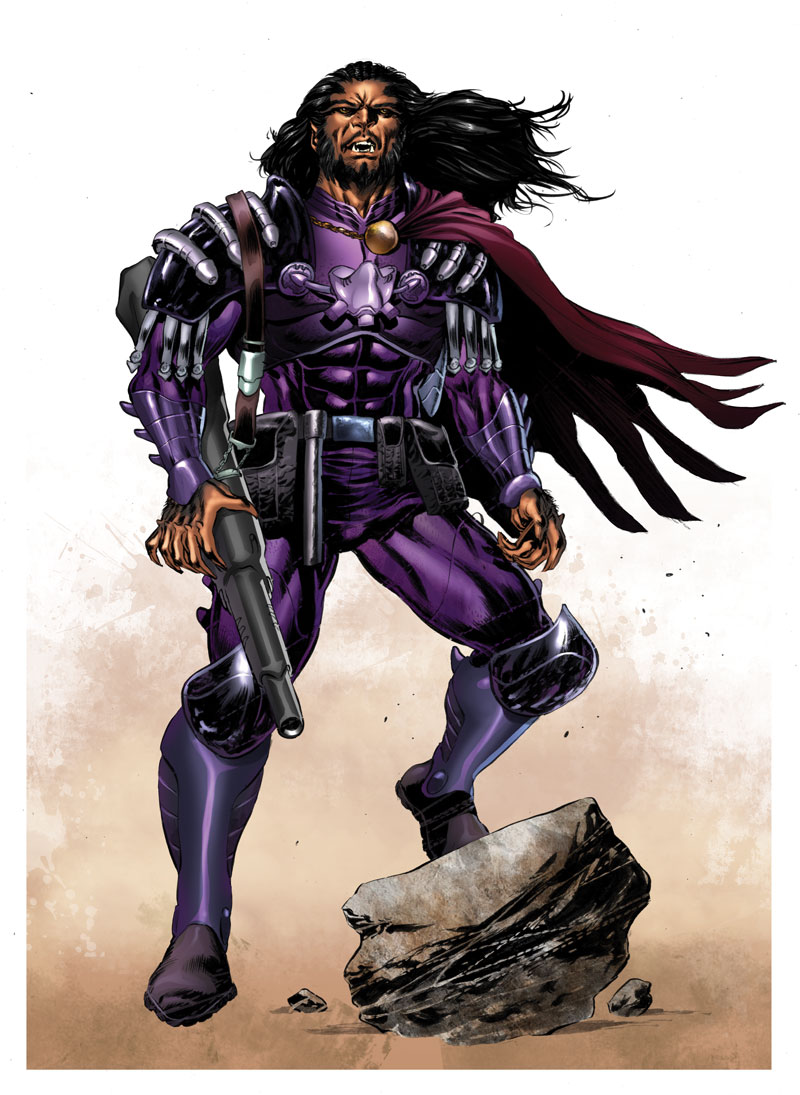 Terl is the Psychlo chief of security on Earth. It was a gut blow to Terl when he was ordered to Earth and he wondered what he had done and whom he had accidentally insulted to deserve this.

Terrified of being permanently stuck on a planet he hates, he devises a plan to get back to his home planet, a wealthy Psychlo. To execute his plan, though, he needs human slaves.

He captures Jonnie Goodboy Tyler, forcing him to lead other humans to mine gold for him.

Known for being clever, not intelligent, Terl uses every means of extortion, blackmail and villainy he needs to push forward his plan to get off the accursed planet, Earth.

Unbeknownst to Terl, his plan sets in motion actions that will materially alter the future of both Earth and Psychlo.