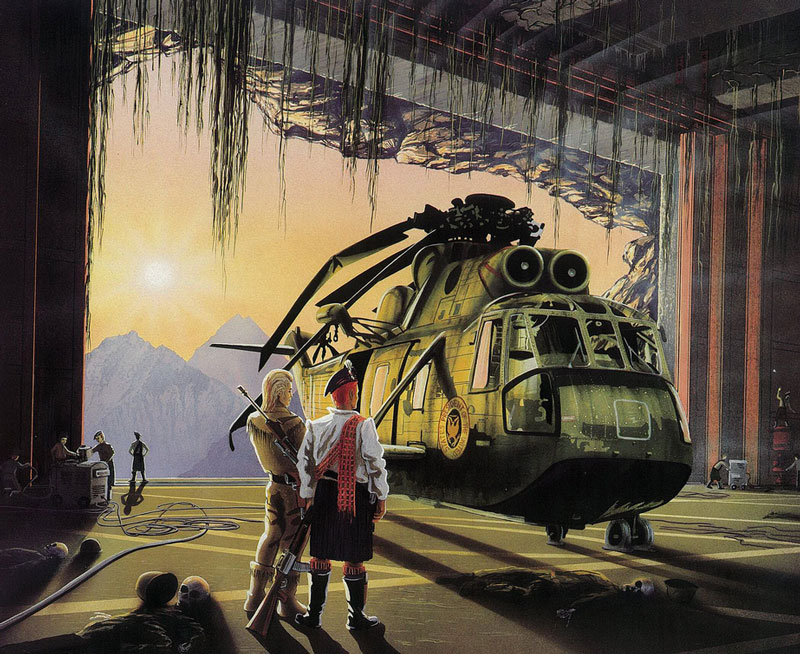 Discovery of the Underground Base

“Jonnie and the band of Scots work the thousand-year-old doors of the fortress to get them operational again. The time-decayed bulks of collapsed metal that stood along the walls had been some kind of planes, planes with large fans on top.… He went over to the helicopter … there was his eagle. With arrows in its claws.… He made out the letters: ‘President of the United States’.”