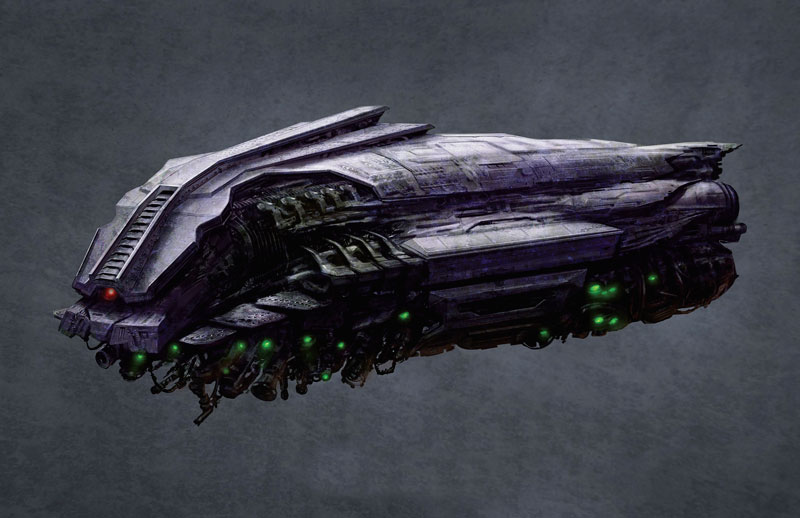 An overpowered, heavily armored and remote-programmed ship, the gas drone is used by Psychlos during the primary attacks on a planet.

Requiring no pilot and able to carry tons of lethal gas canisters, it has the capacity to wipe out entire cities within minutes. Once launched, the drone is almost impossible to stop or control.

Despite the efforts of many Earth governments during that fatal attack centuries ago, the gas drone was able to withstand missiles, atomic bombs and even suicide crashes.

Flying at an elevation of thirty thousand feet, the gas drone had crushed the human race within three days.

“Jonnie, twenty miles away, saw the drone launch. It was a huge thing. The gas drone? He went ice cold. The flash of an explosion bloomed on the side of it. He knew it would be a bazooka firing. There was a team there to prevent the launching of planes. A second flash against the hull as the boom of the first one drifted faintly to them. Neither had the slightest effect upon the drone. It rose in stately massiveness to two thousand feet as it turned. Still climbing, it headed northwest.

“As he raced across the plain, he put out of his mind a thought that kept crowding in. Not all the armed forces of the United States in its days of power had been able to do anything at all to that gas drone. Not with planes, missiles, atomic bombs, or even suicide crashes.” (Part 10, Chapter 5 Battlefield Earth)

Bash Our Way to Glory