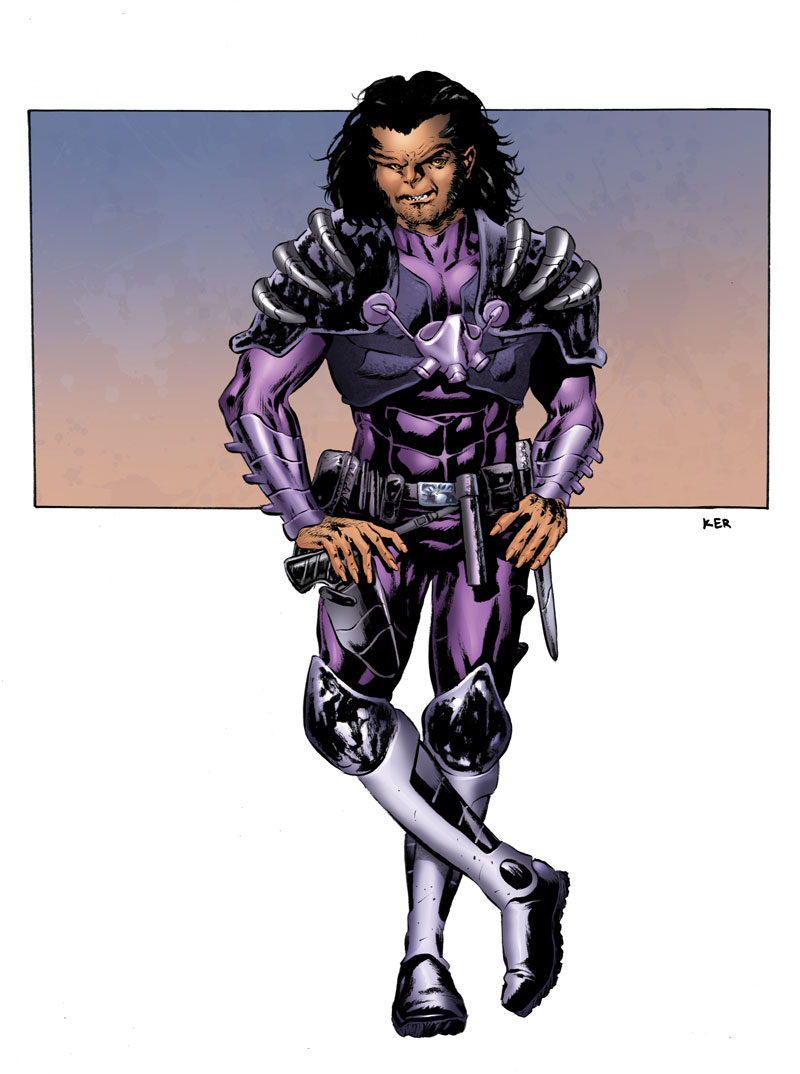 Ker is small for a Psychlo, only seven-feet tall. He was born of wealthy parents but was the runt of the litter. Not wanting the family disgraced, he was thrown out in the garbage, only to be fished out by one of the household slaves and sent underground to join a secret revolutionary organization of blue-colored Balfan slaves.

Brought up by the Balfan revolutionaries, Ker was trained to steal things for them, as he could slip in and out of places, being so small. At the age of eight he was caught and imprisoned and sentenced to hard labor, where he learned the ins and outs of criminality.

At the age of fifteen he escaped prison, bought false identity papers, bribed an Intergalactic Mining Company clerk and got employed as a shaft man because he could get in and out of small places.

Now at forty-one years of age, Ker works on Earth and has been assigned by Terl to assist Jonnie Goodboy Tyler in learning to operate the Psychlo minesite machinery for Terl’s “special project.”

Termed a “geysermouth” for his incessant chattering, Ker has no friends and none of the other Psychlos at the compound bother to listen to him. By forging a relationship with Jonnie, he puts in motion major events that would have a marked effect on the human rebellion.