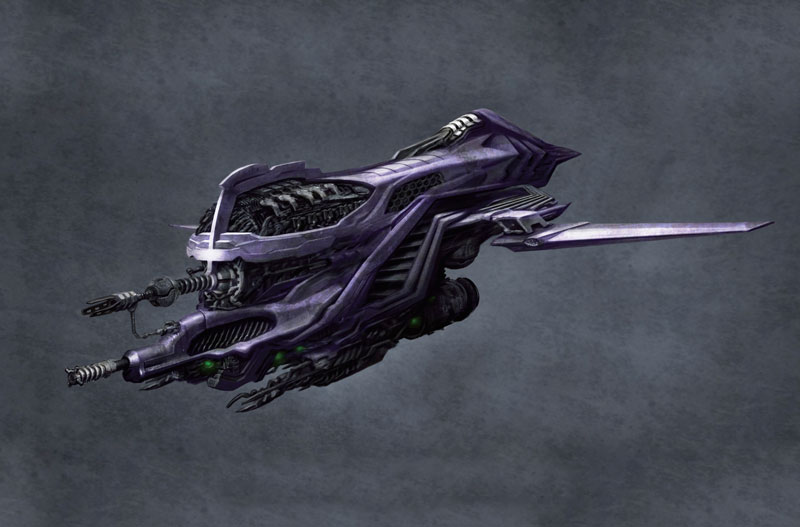 The Mark 32 battleplane is a Psychlo war vessel designed primarily for low-flying air-to-ground combat. Equipped with high-powered blast cannons, the Mark 32 is the ideal ground strafer.

The Mark 32 “Hit ’Em Low, Kill ’Em” is among the most heavily armed ships stationed on Earth. Lacking only in projectile range, these planes make up for it with space for extra fuel cartridges and magnetic grapnels, giving them the ability to launch long-range, highly tactical assaults.

Mark 32s are also remarkably well suited to evasive maneuvers, with teleportation motor drives as well as balance motors to facilitate quick trajectory changes and rolls. In fact, the speed at which these planes can change direction turns the primary focus in battle into determining what your opponent will do and doing it first. Mark 32s are also sometimes adapted by Psychlo mechanics to suit special needs, such as extended-range or extra personnel transport facilities.

“He was rigging a Mark 32 low-flying ground strafer, the most heavily gunned plane in the hundreds of planes in these hangars.” (Part 12, Chapter 7 Battlefield Earth)

“With those ten Mark 32s they could turn this whole war around the other way,” (Part 17, Chapter 6 Battlefield Earth)