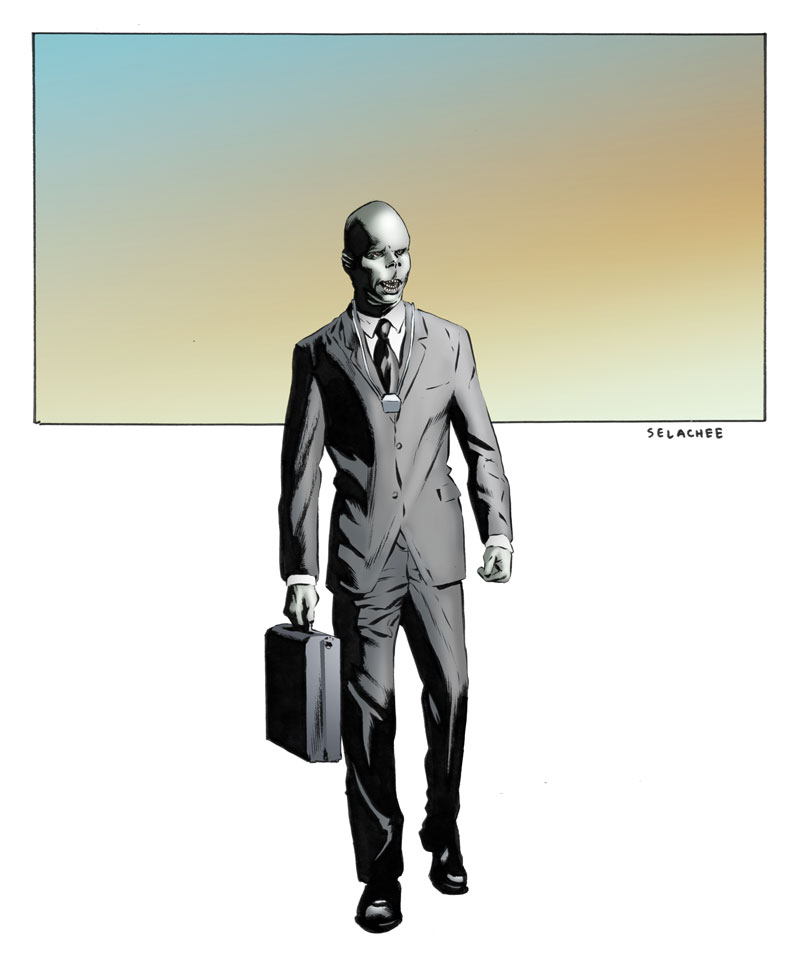 The Selachees are a race indigenous to the only three habitable planets of the Gredides System. The planets are mostly water with nine surface parts of water to only two parts of land. They look like a human being, except that their skin is gray. Their nose takes a sharp upturn at the tip. Their ears are more like gills and their fingernails are very pointed. The main difference is their teeth: they have two rows of teeth, the second set just behind the first.

They can eat anything, breathe almost any atmosphere and live on almost any gravity and, by tribal mores, worship total honesty and the righteousness of obligation.

With about five billion inhabitants on each planet, it is a busy population. Although mostly devoted to banking, they have engineers and specialists and, naturally, lots of mathematicians.

Lord Voraz is the Central Director, Chief Executive Officer and Overlord of the Galactic Bank. He commands billions in the Selachee banking industry and his power spans sixteen universes—including Earth.