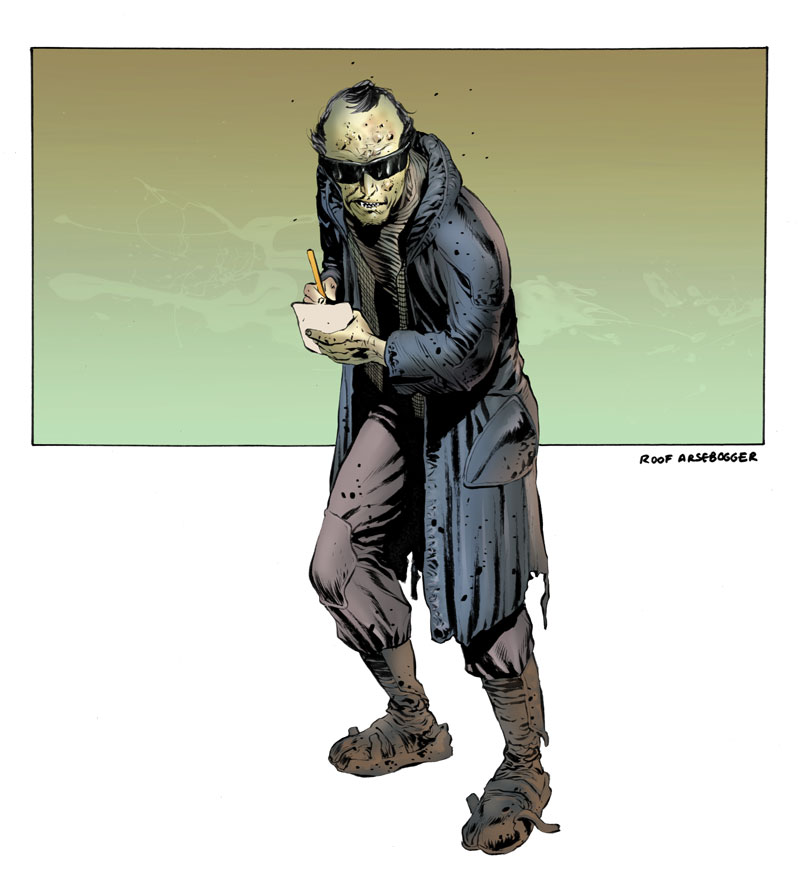 Roof Arsebogger considered himself the ace reporter of the Tolnep Midnight Fang. Even among news media of other systems, the Fang was envied as the very epitome of inaccuracy, corruption, and biased news. It always printed exactly what the government wanted even while pretending to be anti-government. And Roof Arsebogger enjoyed the reputation of being the most poisonous reporter on a staff that specialized in them.

His face was patched with sores of disease. His fangs were black and one was broken. He dressed in something that looked like it had been discarded from a slum and smelled disgusting.