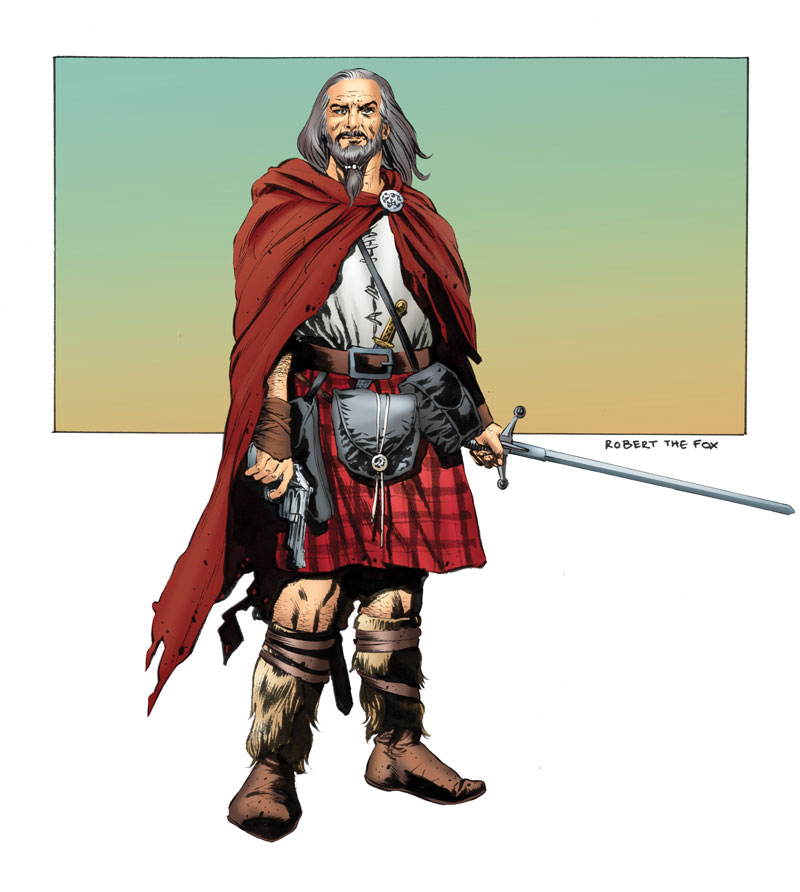 Robert the Fox is a grizzled council member of Clanfearghus. When Jonnie arrives to recruit men to help him, the Chief of Clanfearghus selects Sir Robert to represent and oversee the Scots that have been selected to go with Jonnie.

As a veteran of many raids and having successfully, if narrowly, escaped from a Psychlo hunting party, Sir Robert knows first-hand the mighty strength of their opponents.

Robert the Fox is very educated and speaks with a university accent. He is also skilled in military tactics and plays a major role in executing raids against the alien invaders. When agitated or upset, however, his university diction quickly lapses into a thick colloquial Scot dialect.

Once their base is set up in America, Sir Robert makes up part of Jonnie’s informal council consisting of himself, the schoolmaster, Parson MacGilvy and Doctor MacDermott, the historian.