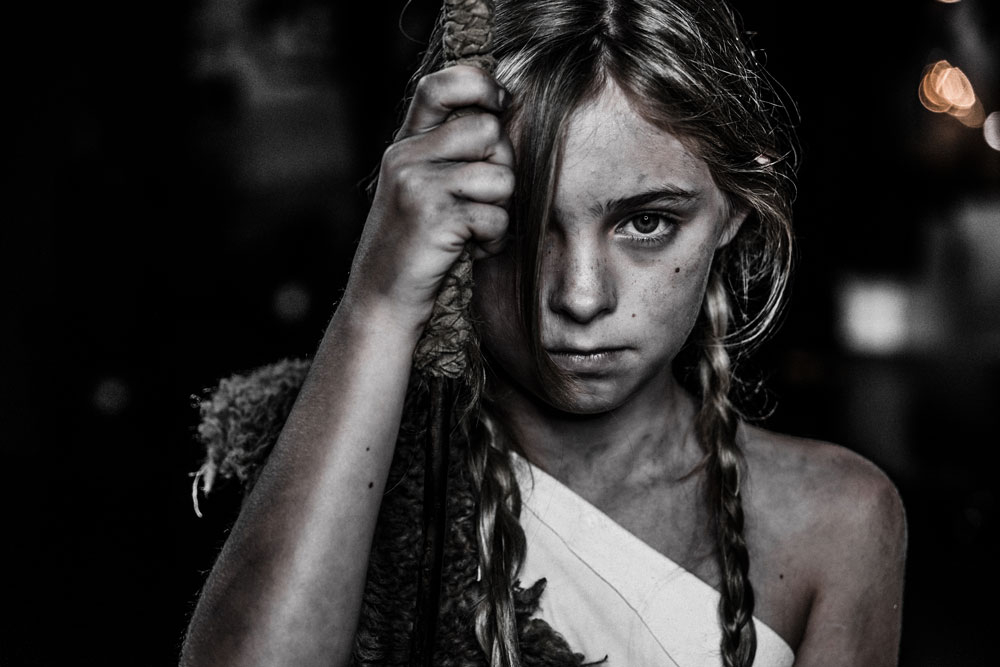 The Children of Battlefield Earth – Pattie

As the author stated in his Rocky Mountain News interview after the book’s publication,

“In Battlefield Earth, there is an advanced technology but it is the technology of the aliens and virtually wiped out humanity. Pitted against this is the human spirit.

“I don’t think I would be giving anything away to say that the human spirit prevails.”

Pattie’s story is one such example in Battlefield Earth.

Pattie is a budding copy of her older sister, Chrissie, with corn-silk hair and large black eyes and raised in the same village as Jonnie Goodboy Tyler near Denver, Colorado.

“At seven, Pattie had no parents and little enough of a home, and her sun rose and set only on Jonnie’s proud orders.” —Part 1, Chapter 3

As Chrissie had promised when Jonnie left to explore the valley and beyond, she and Pattie would go in search of Jonnie if he hadn’t returned within a year. Both Pattie and Chrissie are captured and imprisoned in a cage by the Psychlo security chief on Earth, Terl, and used as leverage against Jonnie so he will obey orders.

Pattie is subjected to conditions no child should have to suffer through, but she survives. In the following excerpt from the Battlefield Earth audiobook, Pattie is able to briefly speak with Jonnie through the electrified cage walls where both she and Chrissie are being held.

Pattie begins the story a helpless 7-year old girl who undergoes considerable hardship and deprivation. First imprisoned by terrible nine-foot “monsters,” she finally escapes only to be hit with an ordeal even more devastating. But ultimately it is the prevalence of that human spirit to overcome all obstacles that see her through.

“It is also a story of superstition and fear and how it is overcome—by children.” —L. Ron Hubbard

The Children of Battlefield Earth – Chrissie
Scroll to top