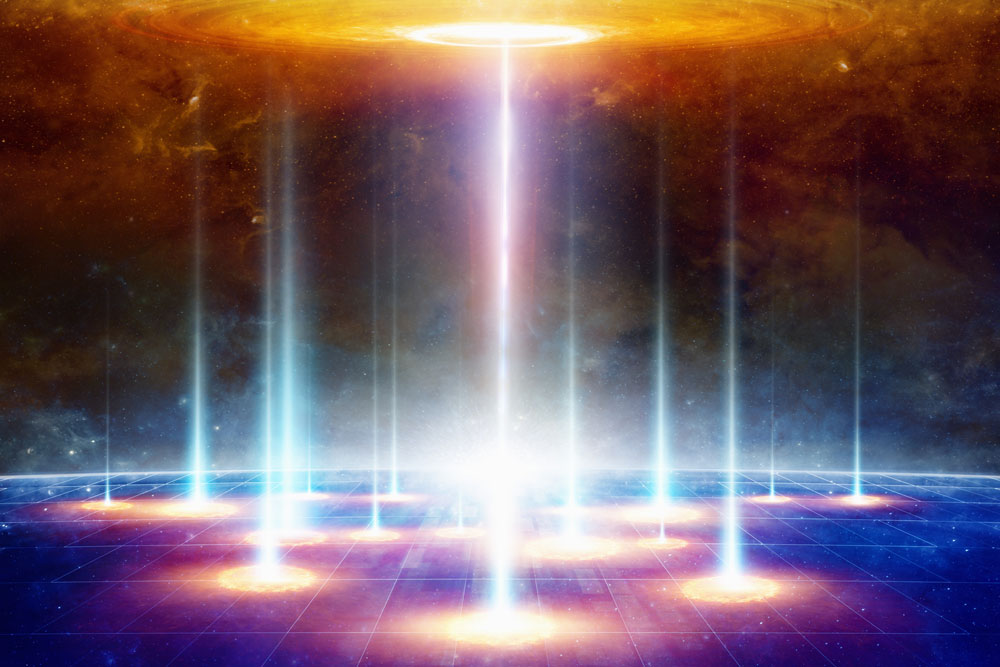 Does hard science fiction truly influence technology? And more importantly, are some sci-fi technologies—such as teleporters—better left in the realm of fiction?

Consider quantum teleportation—the ability to move something to another place instantly. This concept has been explored in science fiction novels, movies, and TV for years. For instance, in Battlefield Earth, the alien race virtually rules the universe through teleporters. And, of course, there is Star Trek with the transporter (their teleportation device) used to beam characters to and from other starships and planet surfaces (and often escaping harms way in the nick of time).

There have been scientific breakthroughs with the quantum teleportation of photons and information. Per Hideo Kosaka, a professor of engineering at Yokohama National University, the success of the teleporting photon storage from one node into another is a major step towards their “ultimate goal” of figuring out how to make use of such processes for large-scale quantum computation and metrology.

Thomas Ulrich, an electrical engineering grad student at Stanford University, says the likelihood of experiencing anything on the order of Star Trek is unlikely. “In real life, teleportation uses quantum entanglement to transfer a physical state from one particle to another—if you already have two entangled particles, one in Los Angeles and the other in New York, you can use them to transmit information about a third particle.” (Quantum entanglement is a physical phenomenon that occurs when particles share properties in such a way that neither particle can be described independently of the state of the other, even when the particles are separated by a large distance. The individual quantum state of either particle is undetermined, but measuring the property of one of the particles immediately determines the state of the other. Yes, it is weird.)

Teletransportation is the term created for teleportation advanced to the point of moving people and objects instantly.

In Battlefield Earth, teleporter technology is used to power vehicles, both ground cars and airplanes, by teleporting the space within the motor to another location, thus creating movement. On a galactic scale, this technology could teleport an army from the planet Psychlo to a rebellious one and wipe out all opposition. Teleportation platforms could also send out drones with poisonous gases to kill entire populations—as was done with Earth 1,000 years before this post-apocalyptic story starts. “One gas barrage and we were in business.” —Terl, Pychlo Security Chief Earth, Battlefield Earth (download the first 13 chapters free).

Star Trek’s transporter teleports people or objects from the Starship Enterprise to planet surfaces and back, or from one starship to another.

If such a teletransportation technology did exist for instantaneous travel it would change the world in unimaginable ways. I, for one, would love to visit different cities around the world for lunch or a meeting!

In the world of real science, nothing greater than the quantum state of a photon or an ion (information about a particle, in other words, not the particle itself) has been teleported from one location to another. One concern I have is that the experimentation itself would not be safe—it has taken 20 years to teleport information; imagine what testing on denser matter or living tissue would require.

Manuel Erhard, from the Vienna Institute for Quantum Optics and Quantum Information of the Austrian Academy of Sciences, explained that through the selection of certain interference patterns, quantum information can be transferred from the input photon to another far away photon, without them physically interacting. His focus is now on enabling teleportation of the entire quantum state of a single photon or atom.

Sci-fi technology starts with the imagination of the authors and artists.

Science fiction does NOT come after the fact of a scientific discovery or development. It is the herald of possibility. It is the plea that someone should work on the future. Yet it is not prophecy. It is the dream that proceeds the dawn when the inventor or scientist awakens and goes to his books or his lab saying, “I wonder whether I could make that dream come true in the world of real science.” —L. Ron Hubbard, Introduction to Battlefield Earth

It is clear that scientists have indeed been inspired to bring the sci-fi technology of teleportation to the world of real science.

There are still many hurdles to overcome in creating teleportation with safe and practical uses. The question is: will the value of this technology outweigh the potential danger that could be inflicted by those who control it?

The technology itself is not the threat—how it is used (or could be misused) is the big question.

Read Battlefield Earth and decide for yourself (download the first 13 chapters for free).

Please share your thoughts on the value vs. the threat of this sci-fi technology.

To the Stars Podcast