With all of the noise in the media about diplomacy versus arrogance, I wanted to share my thoughts on this through the characters of my favorite hard science fiction novel, Battlefield Earth. Science fiction has long been used to examine this crazy world we live in, and I hope you have fun with this parallel. 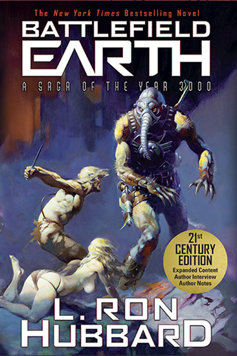 As I read Battlefield Earth, it hit me that I wished every leader had the moral diplomacy and ability to see and think the way Jonnie was able to.

First though, before I jump into the topic of this post, diplomacy vs. arrogance, let’s define our terms:

Merriam Webster defines “diplomacy” as the skill in handling affairs without arousing hostility.

It defines “arrogance” as an attitude of superiority manifested in an overbearing manner or presumptuous claims.

While Battlefield Earth may not seem a learning resource, when I think in terms of the Psychlo arrogance used to control populations and the importance of moral diplomacy, Battlefield Earth is a great example. You can read the first 13 chapters free to get a sense of this for yourself. There is also a free lesson plan for teachers.

From day one of being captured Jonnie was able to observe everything around him, planning days, months, and even a year in advance. This is a quality of diplomacy.

He began to understand what was needed to turn the tables on the Psychlos. Even when he could escape he did not. He stayed to gain knowledge, understanding that knowledge was power. Ultimately, brute force wouldn’t be enough. Jonnie knew he had to be cool-headed, take one day at a time and execute his plan.

Many people in this situation would have resorted to arrogance and thought they could fight their way out of the situation.

The Psychlos had been galactic overlords for so long they simply took what they wanted with no regard for who they were taking from. Their very arrogance, especially Terl’s, blinded them to what could be their ultimate demise.

Jonnie used diplomacy with Terl to keep him from losing track and focus on the project he needed the humans for. Because if Terl lost focus of his plan, Jonnie knew all of the remaining humans would be killed.

While he became friends with the Psychlo Ker, he also used diplomacy to get this very talkative Psychlo to give him information.

And these were just child’s play when it came to what Jonnie was going to have to accomplish when dealing with the planetary emissaries, once the real stakes for Earth became apparent.

Once the battle for Earth turned to the conference room, Jonnie didn’t feel he was very good at diplomacy, so he relied on Sir Robert the Fox to guide him. As well as Mr. Tsung. One of the great things about Jonnie is that he trusted the council that he kept around him. He knew when it came to important matters to get others’ opinions too. Like any great leader he may not always follow all of their direction and opinions, but he relied heavily on their counsel and he listened.

Mr. Tsung, a descendent of imperial China, taught Jonnie the art of diplomacy. He told him that he walked like a panther, but needed to be stately, even lordly. Based on his audience he taught him to be haughty, not polite—to be cold and disdainful, distant and aloof. These were all very important characteristics. In diplomacy you must understand your audience and what appeals to them. Jonnie was planning on wearing his buckskin outfit as he always did (he was a hunter at heart and believed that a direct approach was always best), but Mr. Tsung ensured he presented himself to impress the Lords he’d be battling in that conference room. He taught him the ins and outs of being a diplomat.

One of my favorite quotes from the book was when Mr. Tsung told Jonnie,

“It is one thing to be a mighty warrior, but although you have won every battle and driven the enemy to rout from a field of slaughter, the entire war can be lost at the conference table!”

Jonnie learned that he was indeed going to battle in that conference room—his words and actions were the cavalry and infantry.

The point of difference is that while Jonnie appeared to be arrogant when they were losing the peace negotiations, and Earth was about to be sold off to the highest bidder, this was diplomacy. He had to appear a powerful spectacle and look to be in complete control with the ability to destroy any of their planets to earn the respect of the planetary emissaries.

In summary, when looking at diplomacy versus arrogance, and where the two may cross, if Jonnie had been arrogant in his quest to free mankind he would have failed miserably. Terl would have cut the operation short and killed every human involved with his secret project.

If Jonnie had only used mild diplomacy, without assuming superior control when it came to battling the planetary emissaries, he might have failed.

The greatest part about Battlefield Earth is the high-stakes game going on between Jonnie and Terl. Yes, as in all hard science fiction there’s plenty of space battles, weapons, fighting, and lots of exciting things going on. However, in seeing the examples of diplomacy and arrogance, it is also a learning resource in unexpected ways. Ultimately, if not for Jonnie’s cool-headedness, even in the face of certain death, all could have been lost.

Jonnie was willing to become what he had to be to save humankind. By his own admission, he was not a skilled diplomat, nor arrogant, and he hated adulation.

Jonnie, in learning the value of diplomacy versus arrogance, teaches us lessons that can be used in life: Whether we are going into a sales or executive meeting where we have to gain agreement or support or a President trying to negotiate peace over war.

These are life lessons worth learning.

Battlefield Earth will give you perspective in ways you had no idea were possible.

Again, be sure to download the first 13 chapters for free and see for yourself why Battlefield Earth is one of the best science fiction books of all time (and certainly my favorite).

PS: If you prefer to listen to stories, it is one the best sci-fi audiobooks. You can listen to a sample here: 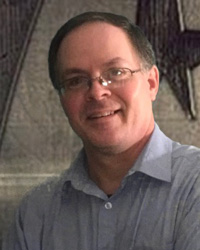 I grew up in Mobile Alabama. I am a father of four. I have spent 30 years in retail management.

I enjoy science fiction, model building, writing, and spending time with my family.

I first read Battlefield Earth in the year 2000. I have personally read it over five times and I have listened to it on audiobook three or more times. One of the reasons I read it so much is that there are very few authors who come close to L. Ron Hubbardʼs way of writing. It is so very vivid.

Check out the Battlefield Earth Fan Page I manage.

My goal is to have my own books published in the near future.

Is Earth prepared for alien invasion

The Fermi Paradox: Are We Alone in the Universe? Are We Doomed?
Scroll to top