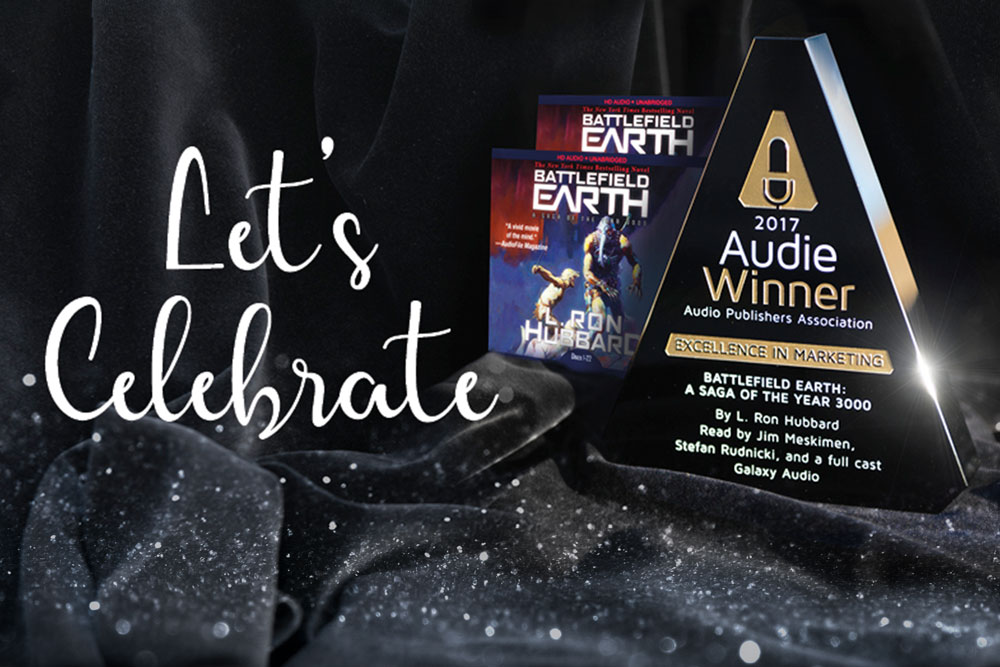 This is how we celebrate excellence in Marketing

Nearly 40 guests gathered at the L. Ron Hubbard Theatre to celebrate Battlefield Earth winning an Audie in the category of Excellence in Marketing, one of the top categories for this award bestowed by the Audio Publishers Association.

The award for Excellence in Marketing recognizes the promotional campaign that contributed the most to generating attention and bringing in new listeners. Judges consider marketing, PR, social media, store placement, and advertising, in order to reward innovation, creativity, and reach. 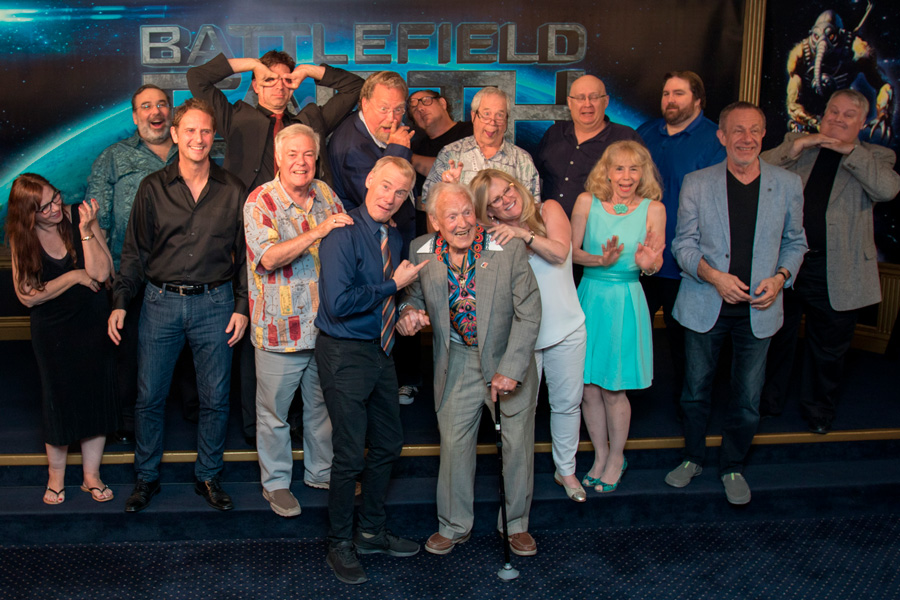 The Audie Award was acknowledged to the full cast and all actors were presented a special certificate recognizing their participation. “It was like a reunion with great friends. Everyone had a blast and the award was well deserved.” said Jim Meskimen, senior director for the project. “We worked hard and are proud of the accomplishment.”

The Audie had been earlier presented at an awards event in New York, but we were determined to share this win with as many actors as we could muster together—so we had an Audie Party.

Several great performers came by to congratulate the winners. And stay tuned, as you will be seeing many of these names in our upcoming release of the Mission Earth audiobook.

Hear from Jim Meskimen on directing one of the best sci fi audiobooks. 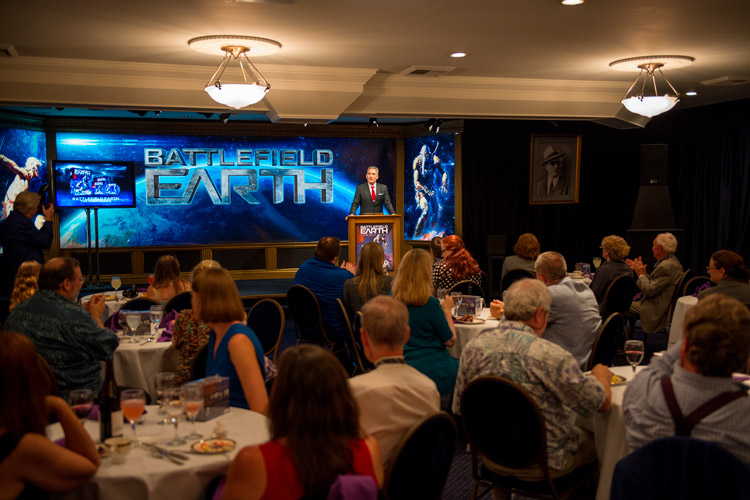 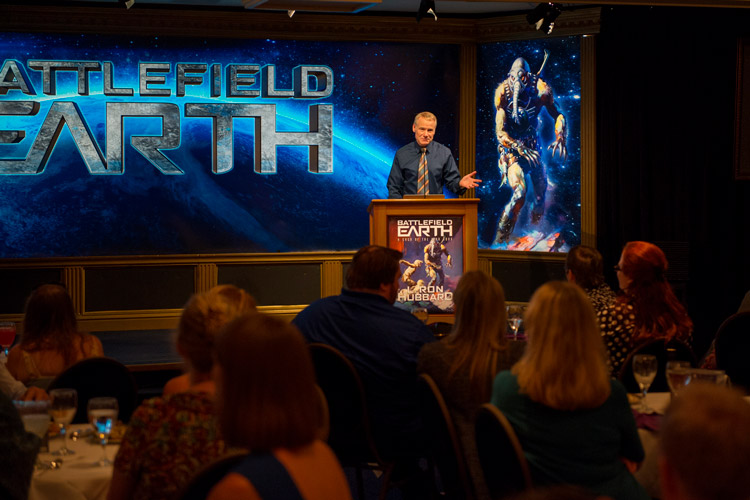 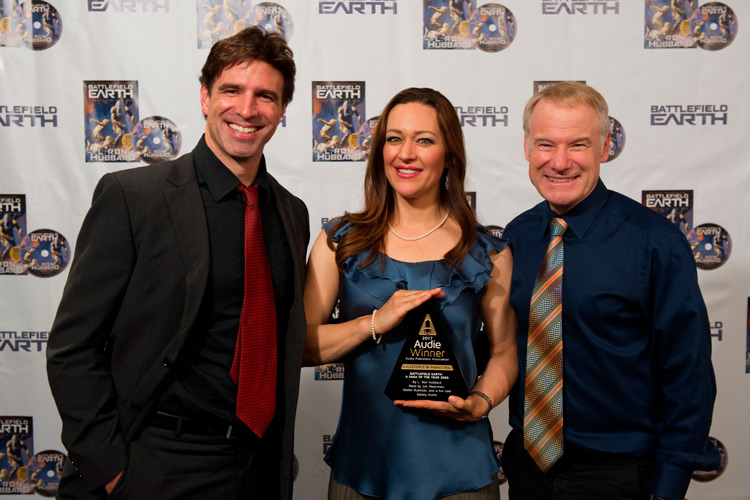 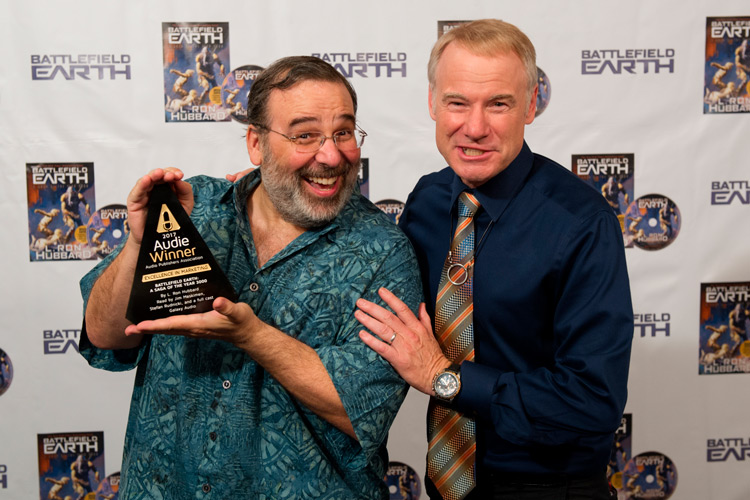 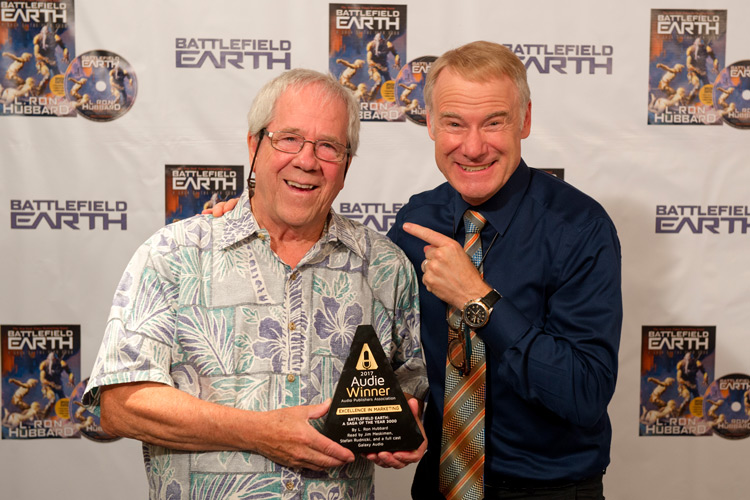 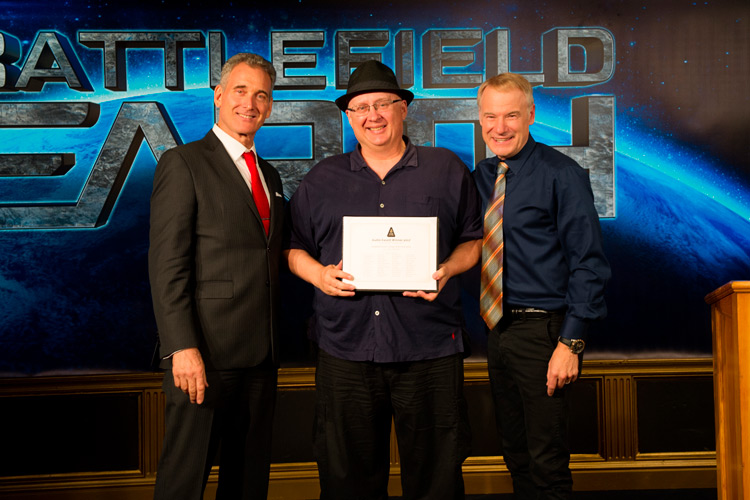 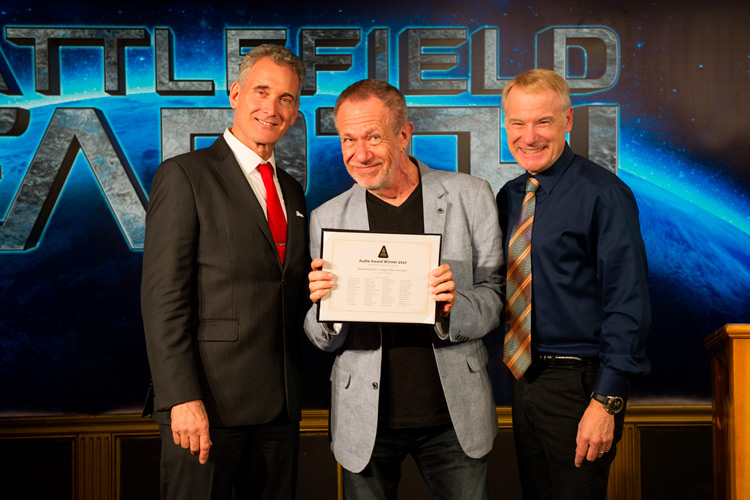 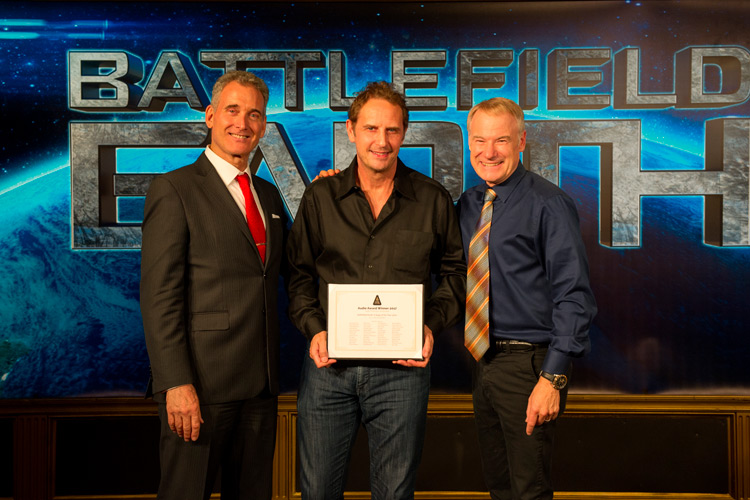 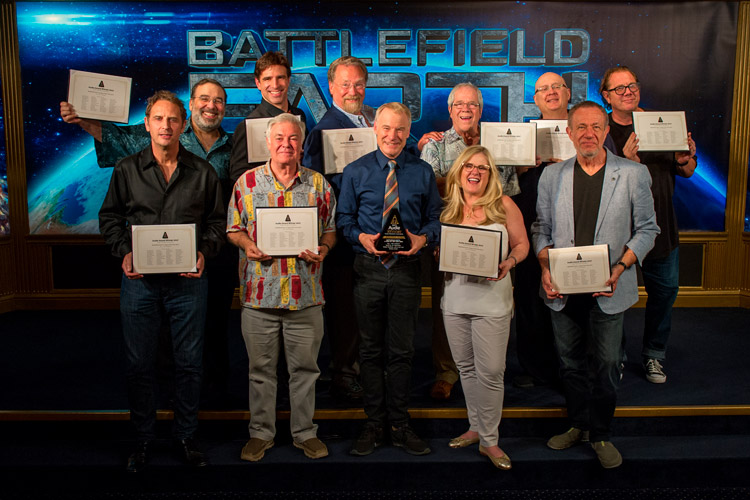 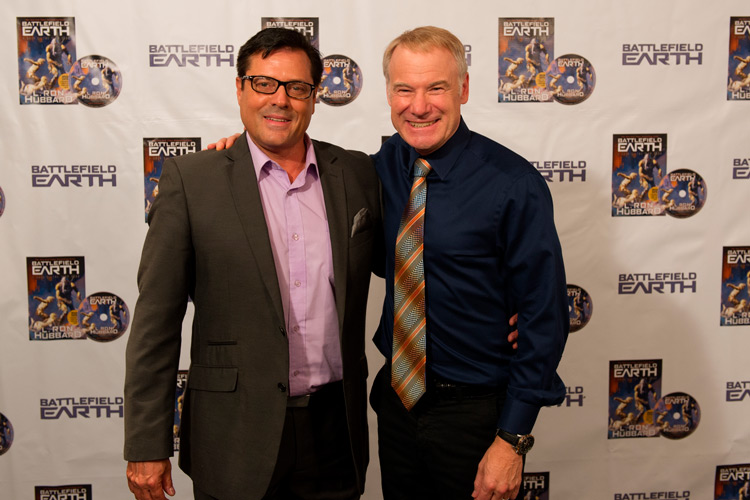 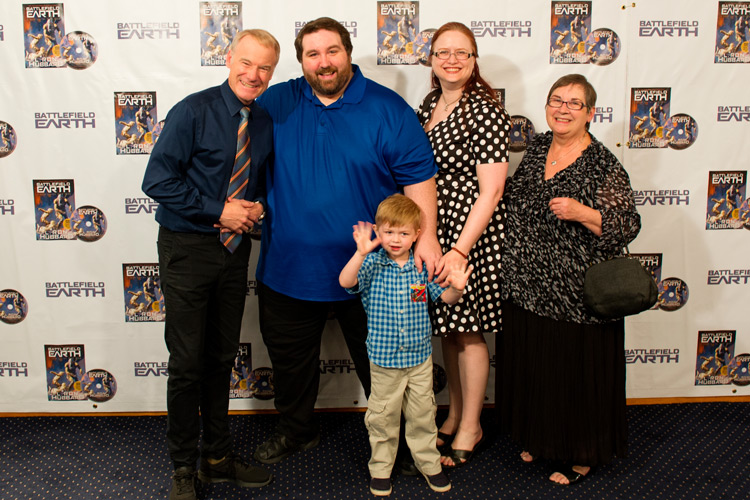 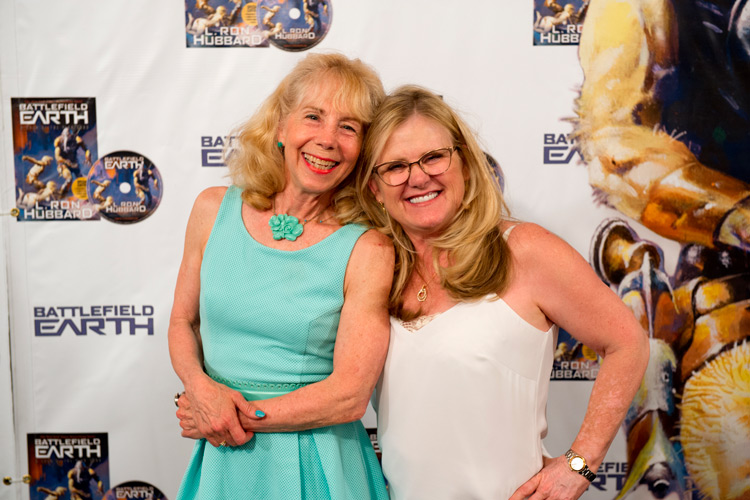