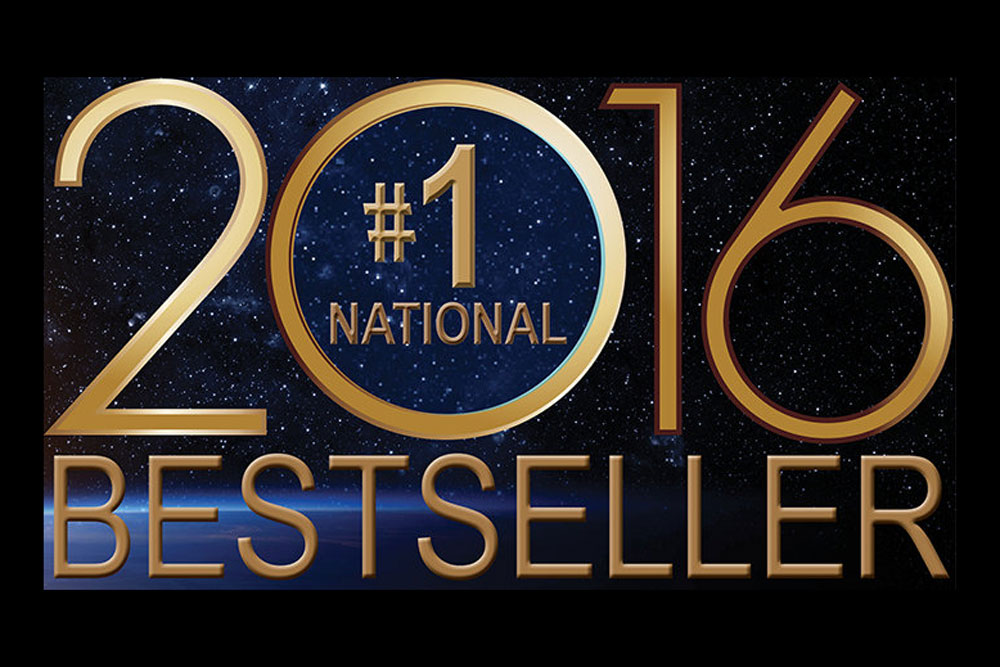 2016 and the Rebirth of Battlefield Earth as a Bestseller

In 1982, to celebrate his 50th anniversary as a writer, L. Ron Hubbard published his epic SF novel Battlefield Earth, which spent 8 weeks on the New York Times bestseller list and has sold more than 4 million copies.

Now, over a quarter of a century later, Battlefield Earth is back on the bestseller lists, in a special edition that includes expanded content, handwritten author’s notes, an interview with L. Ron Hubbard and even his lyrics for a score to accompany the novel.

The publisher was encouraged to produce a new edition by a survey that showed 58% of those who read Battlefield Earth read it 2 to 5 times and 64% said they would read the novel again if it was republished with new content or in a new format.

Readers and fans alike may wonder, “What is it that catapults a former popular novel back onto the bestseller lists?”

In some cases, a book gains a wider audience years after the author’s death. For instance, Philip K. Dick’s novel Gather Yourself Together, published posthumously in 1994, was reissued in 2012 and became an Amazon bestseller.

Other times, it happens when a hit movie or TV series is made based on the book. Robert B. Parker wrote his first Spenser novel, The Godwulf Manuscript, in 1973.

But it wasn’t until the Spenser for Hire TV series first aired in 1985 that the Spenser novels took off and hit the bestseller lists.

Sometimes, it’s a sequel or series of sequels, written years after the novel’s original publication that finds a new readership for the original book.

This is what happened with Isaac Asimov’s Foundation series as well as Frank Herbert’s Dune series, where novels in both made the bestseller lists.

For nonfiction, periodic updates can restore the book to the bestseller lists with each new edition.

For instance, Stephen Hawking’s A Brief History of Time, originally published in 1988, was reissued in an updated and expanded edition in 1996; the book has sold over 9 million copies in all editions.

In the case of the new edition of Battlefield Earth becoming a bestseller once again, it was a concerted effort on the part of Galaxy Press, the publisher, to introduce the book to a new generation of science fiction readers.

“We did over 300 events, most of them bookstore events with Barnes & Noble and Books-a-Million,” says John Goodwin, President of Galaxy Press, the publisher of the late L. Ron Hubbard’s fiction.

A costumed actor dressed as Terl, the 9-foot-tall evil alien from Battlefield Earth, garnered a lot of fan and media attention when he went on tour at conventions and bookstores.

Conventions at which the new edition of Battlefield Earth was featured ranged from Wondercon in LA to Dragon Con in Atlanta–and dozens more.

Galaxy Press also released an audiobook production of Battlefield Earth which, with a running time of 47½ hours on 44 CDs, makes it the largest and most lavish SF audiobook ever produced.

Battlefield Earth quickly became the #1 bestselling audiobook in the US. It has a cast of more than 65 actors–many of whom are celebrity voices from TV, films and games, including Josh Clark of Heroes and Scott Menville of Teen Titans–performing 198 characters.

So why, apart from aggressive promotion and the new audiobook, was the relaunch of Battlefield Earth onto the bestseller lists successful?

“For a novel to make the bestseller lists years or decades after its initial publication, it has to be a great story to begin with,” says Mr. Goodwin.

He notes that a Random House Modern Readers Library Poll voted Battlefield Earth one of the Best 100 English language novels of the 20th century–and the novel has been widely praised by both SF writers and the media alike.

In fact, with 19 New York Times bestsellers and more than 350 million copies of his works in circulation, L. Ron Hubbard is one of the most widely read authors of all time, holding the Guinness world record as the most published author.

“Once I started ‘Battlefield Earth,’ I couldn’t stop,” said SF great Fred Pohl. “I stayed up all night reading … I was fascinated by it.”

Next up for Galaxy Press and L. Ron Hubbard for 2017: a relaunching of LRH’s SF magnum opus, the 10-volume science fiction satire, Mission Earth.

A New Entrant to the Hollywood Christmas Parade – Battlefield Earth