Father’s Day is right around the corner. Are you frantically searching for good gifts for dad?

If books are on your radar, I suggest a big engrossing novel that will win over even the dad who wants nothing—Battlefield Earth: A Saga of the Year 3000 by L. Ron Hubbard. Having recently reread it, I can attest to its captivating storyline.

Hubbard’s classic mega sci-fi adventure takes the reader to the year 3000 on Earth, which 1000 years earlier was invaded by the alien Psychlos to mine minerals, nearly wiping out the human inhabitants. But not all. The only hope lies in Johnny Goodboy Tyler, the one human with a small chance of rallying the remainder of the people around the planet to turn the tables on these brutal, no-conscience invaders.

Johnny and his tribe, reduced to living as hunters and gatherers and with no technology to speak of, must learn all they can about the Psychlos so they have a chance of stopping them. Although the Psychlos are practically dead when it comes to ethics, higher self-awareness, and aesthetics, they do have spaceships, ray guns, indestructible drones, and teleportation. It’s against this backdrop that Tyler leads his small band of warriors against impossible odds. Talk about an uneven playing field! The life and death conflicts that ensue contain fast action and heart-stopping escapades that just keep coming.

Here is my dive into this award-winning story and why it is relevant today.

Although the COVID pandemic has been waning, the world has been busy fighting a whole new magnitude and range of problems: out-of-control crime, immigration, inflation, gas prices, shortages, a distant war, and much more. For anyone feeling dismayed by these current events, Battlefield Earth is the perfect panacea. It delivers with impact the message that humankind CAN overcome insurmountable odds. While the Psychlos have much more advanced weapons, Johnny Goodboy Tyler and fellow fighters have the one thing that can overcome them and which is, ultimately, the superior weapon: the human spirit. It shows the reader that the bravery, courage, persistence, and downright guts it takes to win such battles reside in every human being. Truly inspirational!

I love a story that brings the reader from despair, then launches him on a roller coaster ride toward hope. There’s never been a better time for such a spiritual uplift than now, with our whole planet seemingly bending the knee to another kind of enemy.

Why would Battlefield Earth be an excellent gift for dad? Here’s what one father and fan of the book said:

“I think it illustrates the value of persistence. If a father could teach his child nothing other than the concept of persistence, it would be worth it. Persistence goes along with determination to provide an unstoppable force, and Battlefield Earth certainly showcases that.” JO

And Mr. Hubbard had this to say in an interview after Battlefield Earth was published:

Published in 1982 but perhaps even more relevant today, this international best seller is full of non-stop action from beginning to end. A recent review said that it’s like a big action film in book form. Very true! 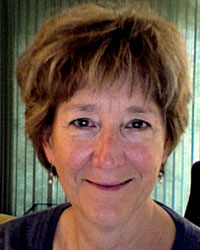 Tina Phillips is a copywriter, wife, and mom. She’s a big fan of Ancient Aliens and confirms she saw a UFO once—fairly close up! She also enjoys historical biographies, thrillers, and suspense stories. Currently, when not learning the ukulele and French, she is an enthusiastic devotee of Nordic walking and wishes everyone was. And cats rule. You can contact her at LinkedIn.

Post-apocalyptic books and the power of the Human Spirit

New to L. Ron Hubbardʼs fiction? Here is the recommended order of books

Battlefield Earth and The Lord of the Rings: Timeless Heroic Adventure
Scroll to top