Teen readers will love these sci-fi and fantasy novels.

Speculative fiction has long attracted teens and young adults—the lure of the unknown and magic. From space opera to hard sci-fi, from military science fiction to post-apocalyptic and dystopian, and from magical realism to dragons, we know the stories we love and grew up on and those that enthrall readers today.

But who are your favorite authors? This is more important than the genre.

With their marvelous imaginations, sense of humor, deep personal understanding of honor and hard choices, and adventurousness, these authors engage us in a way only a book can. Then they add scientific and technical knowledge to convince and often teach us.

If these qualities match your taste in reading, you will enjoy these truly stellar books and authors! This is not a complete list of young adult books (which would be impossible), but recommended books for teens and young adults and for those of us who are young-at-heart.

I love these books and these authors. You may already know some of them, but maybe I can introduce you to another winner or two with my book review.

I have been friends with the Gaiman family (the world-famous fantasy author Neil Gaiman) for many years. His spot-on truth about the term “classic” became crystal clear to me:

Neil had simply said that “books are special; books are the way we talk to generations that have not turned up yet.”

Simply said, but a profound datum for any author to know, isn’t it?

I want to start with a couple of my favorite science fiction classics, novels by L. Ron Hubbard and Orson Scott Card.

L. Ron Hubbard wrote in the field of sci-fi and other fiction for decades. To celebrate 50 years with the muse, he delivered a knockout with his masterful 1,000-page novel: Battlefield Earth. I bought and read the book, and so did everyone in my household, from teens on up. It was abuzz with people reading it everywhere—busses, taxis, airplanes, libraries, and restaurants. Even one prominent politician declared that this sci-fi novel was his favorite book. It raced up the bestseller charts.

It is a saga of adventure, daring, and courage when man is an endangered species and the future survival of what’s left of the human race is at stake. A young hero rises from the ashes to unite humankind in a final quest for freedom that erupts across the continents of Earth and ultimately across the cosmic sprawl of the Galaxy. Truly epic sci-fi.

This year celebrates the 40th anniversary of this outstanding volume. Decade in and out, the publisher still receives letters detailing admiration for this imaginative story and thousands of reviews on Amazon and Audible (one of the best sci-fi audiobooks ever). In fact, I reread it this year, and it is even richer than I remembered!

Because it is so popular with teens and a perfect science fiction book for middle school, it is part of the accelerated reader program (AR 5.8 / 62 points, Lexile 780, GRL Z+). It has a lesson plan and a reading group guide available. You can read the first 13 chapters free or listen to the first hour of the audio to check it for yourself. I warn you, it is addictive.

I am very pleased to offer a salute to Orson Scott Card’s mind-boggling Ender’s Game. He followed up with a series of books to further his unique and stimulating world where children suddenly became the highlighted heroes and often the villains in a world of astounding new technology and fantastic, futuristic war. Excellent stuff, and another author who bears rereading and rereading.

In this one, our young hero (and I mean really young when his adventure begins) needs to overcome bullying in his family and onboard the space station when training. The peer pressure and Ender’s resilience in this hero’s journey are perfect for teens. They will be able to relate.

War of the Worlds by H. G. Wells

One of my early favorites is H. G. Wells’ War of the Worlds, which I first heard dramatized as a play on the radio. When the librarian got me the book, I noticed it was first published in 1897. The librarian assured me that many 11 and 12-year-old readers pick it up when their teenage siblings bring the book home for their own reading. She called it “a perennial favorite,” that has continued to engage young readers!

This is a story of our planet being invaded by Mars. H. G. Wells does such a thorough job of putting you in the story, it sent people panicking in the streets when the radio show first ran. The Martians’ planet is becoming uninhabitable as their resources are dwindling, so they invade Earth with plans to take it over and make it their new home. Scary and engaging.

This story took me to a strange territory far across space. The hero is a teenager who inherits a tremendous responsibility due to a twisted enemy plan that his father, Duke Leto, falls prey to. It is a complex plot with a lot going on, but the integrity and honor of the hero and his family to set things right shines through.

Frank Herbert developed the story into a brilliant series of novels, followed avidly by readers around the world. There is a very recent remake of the movie. Awesome.

The world-building is vast, stretching across galaxies. The majority of the story is on the desert planet Arrakis (also called Dune) whose only valuable export is a drug know as “spice” or melange. It is a dangerous world where your body water needs to be preserved when outside. In addition to the dangers of the enemy factions who want control of the spice, there are also massive sandworms that can can destroy the spice mining facilities. It is so well written, you can feel the grit of living on a plant covered in sand.

But if you have not actually read the book, don’t cheat yourself of that experience, okay? 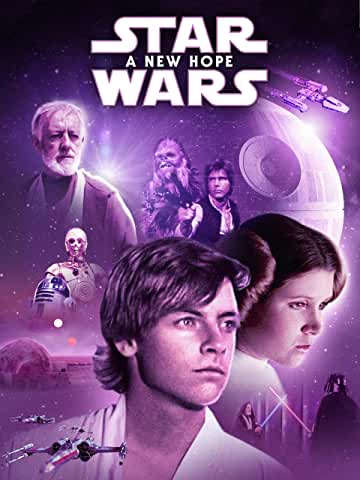 Star Wars should be mentioned here, but only because the storyline and characters created by George Lucas and ghostwritten by Alan Dean Foster have become an epic franchise inspiring the love of science fiction in teens, young adults, and the rest of us for decades.

It was so stunning to see on the screen. The opening lines will remain with me forever, introducing a space opera story as coming to us from long ago in a galaxy far away. The public surrendered to this tale instantly. Now it is a “multimedia property” in the hands of dozens of writers and illustrators, including many Star Wars novels (great young adult sci-fi books).

In rounding out this collection of truly treasured classic sci-fi, the last story I want to mention would have to be Suzanne Collins for her astonishing trilogy, Hunger Games. It swept up a fan base around the world. This young adult book series bears the “YA” designation, but I know readers from 9 to 99 that are fans of these books.

In this dystopian story, our young hero Katniss Everdeen kicks off the action by volunteering in place of her younger sister in a cruel game where teens are pitted against one another to fight to the death (or nearly so). It is one of the top young adult books with good reason. Katniss has courage and strength and wants to survive. She is down to earth and relatable. The odds are impossible and the cast of characters memorable. It is a great escape.

I wanted to add something more on Battlefield Earth.

I have seen evidence of the impact of this novel for years and years now. A high school teacher once told me that in her fourteen years of teaching, “Mr. Hubbard’s Battlefield Earth was a great read for my students interested in science fiction. It is set way in the future, in the year 3000, when Psychlos have ruled the planet for 1000 years, and Man is now an endangered species.”

Her students became deeply involved with the story. They could just throw themselves into the author’s imagination, into the universe he built, and run with it. These teen readers were caught up in the theme of what one man can do in the face of seemingly insurmountable odds while being thoroughly entertained scene after scene like a really engaging movie. The high adventure is heady, and new perspectives on the developing situations raise the readers’ hopes again and again.

My own daughter first picked up Battlefield Earth when she was 10 and couldn’t quit reading it. She read it again a couple of years later, and again when she was 16. As an adult, she has continued reading it periodically. She still bubbles over with observations on the richness of the story, its settings, characters, scope, and more, whenever anyone introduces sci-fi or Battlefield Earth as a topic of discussion.

How My Love of Reading Started

I’ve been an avid reader from the age of six, and though I have sampled all kinds of novels, I have to admit that sci-fi gets me most often.

This started when I was 9 or 10 and got a hold of Jules Verne’s novel Journey to the Center of the Earth. I withheld it from my brother for a couple of weeks while I poured over it, again and again, trying to believe my good fortune at discovering this amazing story! And when I finally decided I could give the book back to the library, I began recruiting family members and friends to read it.

Why? Because I was on fire with enthusiasm and amazement. I wanted to discuss the book with others! I am sure this is why book clubs are so popular. Through sharing the love of a good book—and an ignited love of reading—I found out that there were more fascinating books, more “science fiction.” I was hooked.

That would have been in the 1950s (don’t do the math to come up with my age, okay?). The important point is that the book I fell in love with was already NINETY YEARS OLD back then!

What is your story? What book made its way into your heart and imagination that began your life-long love of reading?

What a grand sweep of creativity these sci-fi classics can bring to a reader. My goal here is to recommend a few truly great stories. They may not be the most popular young adult books, but they are sure to be engaging and will help teens and young adults discover the love of reading.

I congratulate you on choosing this rich genre for your own, and I wish you many, many enormously happy hours of reading. 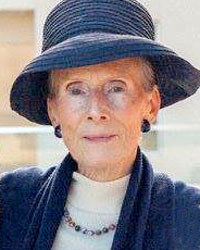 Judith Duckhorn, known to her friends as Jae, is a self-described “grown-up army brat,” since her father, a career officer in the army through WW II, Korea, and the Cold War, took his little family everywhere he was assigned, on three continents. She had the opportunity to study one year at Oxford University in putting together a BA degree in literature, philosophy, and music. Later, she turned most of that education into teaching skills and fell in love with that profession. Nowadays, Jae has advanced happily up the scale of Toastmasters training, as a public speaker, and also is readying to teach Tai chi. L. Ron Hubbard’s books came to her attention many years ago, and remain a central fascination in her world. “I always learn so much from reading Ron,” she says, “What a storyteller, what an author!”