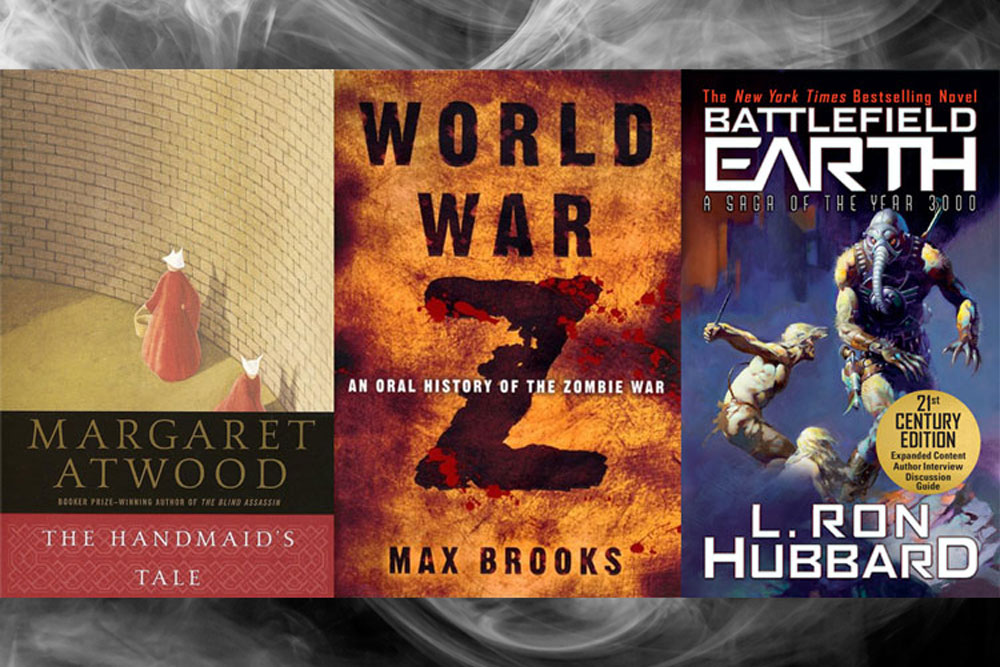 With the large Emmy win shout-outs to The Handmaid’s Tale, the TV series based on the novel written by Margaret Atwood, you can’t but ask what makes this type of entertainment so compelling? And how does this novel compare to the myriad of other similar novels in a growing genre that is making dystopia synonymous with entertainment.

Dystopia: An imagined place or state in which everything is unpleasant or bad, typically a totalitarian or environmentally degraded one. It is literally translated from Greek as “not-good place,” an antonym of utopia. Dystopias are often characterized by dehumanization, ruthless megacorporations and other characteristics associated with a decline in society.

Entertainment: the action of providing or being provided with amusement or enjoyment.

By definition, dystopia is not harmonious with entertainment. Yet there is a rising popularity for dystopian movies, novels, songs and comics. Since 2000 alone, 46 dystopian feature films have been released and 116 such novels have been published—61 of them written and published for Young Adults: Hunger Games by Suzanne Collins, Divergent by Veronica Roth and Red Rising by Pierce Brown.

Are authors and creators attempting to make readers, viewers, and listeners compare the issues within their dystopian work to current affairs in our culture and the real world? Or, are they appealing to a consensus that our future is dystopian and to get the message across that humanity can do something about it? That the human spirit is ineradicable and has a will to survive?

In comparing what The Handmaid’s Tale to two other New York Times bestselling novels World War Z: An Oral History of the Zombie War and Battlefield Earth have in common, the latter appears to be the overriding answer: The will of humankind to survive and the basic spirit of the individual against impossible odds.

However, the dystopian universes are as varied as there are dystopian novels.

The Handmaid’s Tale by Margaret Atwood is set in the Republic of Gilead government regime where women are subservient and have the singular role of procreation.

World War Z: An Oral History of the Zombie War by Max Brooks is about survivalism and disaster preparation to fight zombies and rebuild our world with the right tools and talent.

Battlefield Earth: A Saga of the Year 3000 by L. Ron Hubbard is set in year 3000 where man is an endangered species and how he, through knowledge and education, overcomes an oppressive alien race that has stripped Earth of minerals and resources and left all but a few surviving humans.

The list of dystopian novels and movies goes on. As does the underlying thread in every single one of them─that humankind can survive.

Science Fiction and Science Fantasy: A Look into Battlefield Earth and Dune

What Is It Like to Watch a Movie With Your Ears?