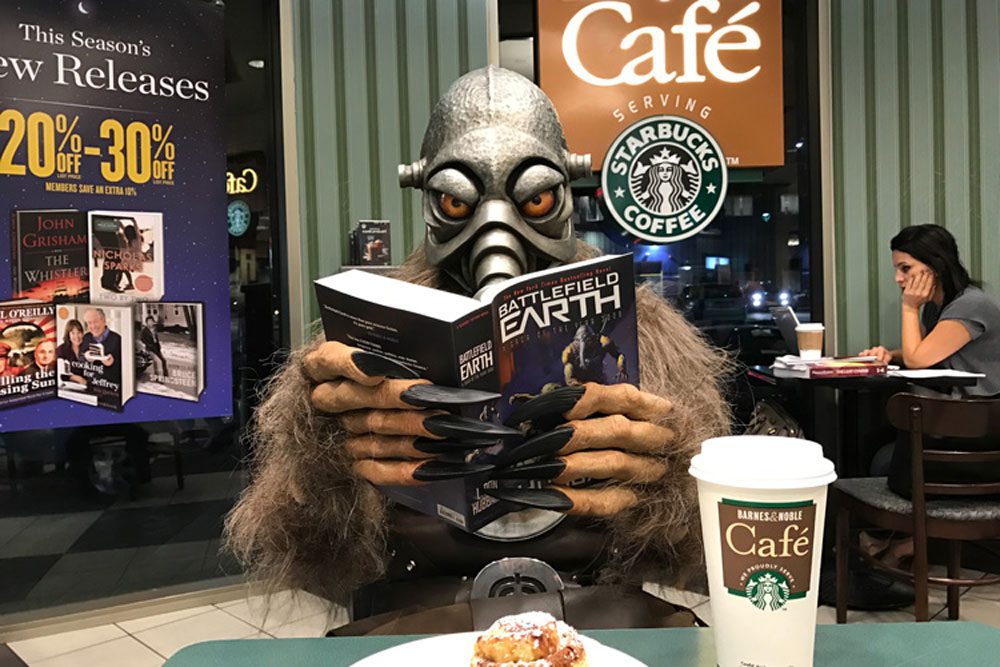 We decided to approach Terl for his suggested back-to-school list of books to read.

Terl was always pushing Jonnie Goodboy Tyler to read and study, albeit so Jonnie could learn how to mine gold for Terl so he could ship it back to Psychlo before killing Jonnie. But the fact still remains he was encouraging reading.

While Terl is normally incredibly self-serving, only looking for leverage on how to get his way, we were surprised when he agreed to provide his list.

But we weren’t all that surprised when we saw what his list was.

Terl may be a bit tunnel vision on books with his image on the front. But we suspect you aren’t.

Need books to read over the summer? Check out the summer reading list